Testing...testing...is this thing on?  (Lame joke.  Sorry.  Even at my best I was not the most top-notch of bloggers, and now I'm about as rusty as I've ever been.  So bear with me.)

I haven't been here at the blog since Mother's Day, May 9--yikes, that's over two months ago!--which I believe makes this just about the longest hiatus I've ever taken since I published my first post back in March of 2011.

I wasn't really worrying that anyone was missing my blog presence too much, and had actually started kicking around the idea of never coming back at all.  This is hardly a must-read site for many, so I figured I could just let it sort of die a natural death and move on to other things (and other people: my life is so full of grandchildren--lucky me!--that most of my days seem to be as busy as when I was a much, much younger mom raising much, much younger boys).

I mean, I know that my baby sister misses me when I'm not here, as does my hubby and a couple of my boys and my daughters-in-law (and even some of their young friends!  Ha--that was interesting to find out!).   But I'm not exactly Kendra Tierney, or Jenny Uebbing (a favorite of mine who has also mostly left the blogosphere as of late, but more about Jenny in a bit).  I'm not trying to be self-deprecating here, just stating the facts.

Many--make that most--of the Catholic writers I "met" through their blogs have left this quickly-becoming-anachronistic platform for the more popular online world of Instagram.  These would include talented gals like Grace Patton  and Rachel Balducci.

I can understand the lure of the Insta-posts: they're mostly about the pictures, with minimal writing required; they take a fraction of the time to compose and are easily perused by busy readers. I was on Instagram for about six years and thoroughly loved it.  I found so much inspiration there, so much joy and humor, and even so many facts about our beautiful Faith of which I was unaware.  Actually, I might have loved Instagram too much, and might have been a little too thrilled by the occasional "like" or comment from one of the aforementioned superstar Catholic "influencers."  After our big move from NH to VA in 2017, instead of working on making new real-life friendships, I went to Instagram to visit with my eFriends, and I really did feel as if I had a community there.  I had a hard time imagining an Instagram-free life.  But ultimately, my husband and I both made the decision to delete our social media accounts this past year, for a number of reasons (which I won't go into again, because I wrote all about that here).

I said good-bye to Facebook and Twitter and Instagram; but blogging was the one thing I felt I couldn't give up.  Not yet anyway.  And apparently, I still can't!

I have so many things I've wanted to write about in the last few months: my mother's three-week visit with us and her many Pearl great-grandchildren in VA in May, when my sainted youngest sister and her hubby dropped her off so they could take a much-deserved extended vacation in their RV; 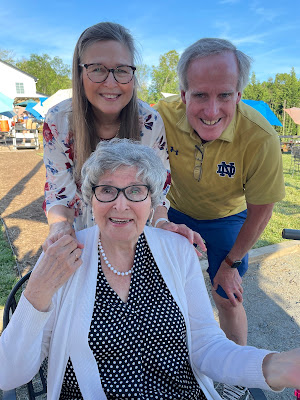 our week-long family vacation at our Oyster Haven Vrbo house in Upstate NY earlier this month, when four of our five sons and 12 of our 17 grandchildren were gathered together for fun at the lake; 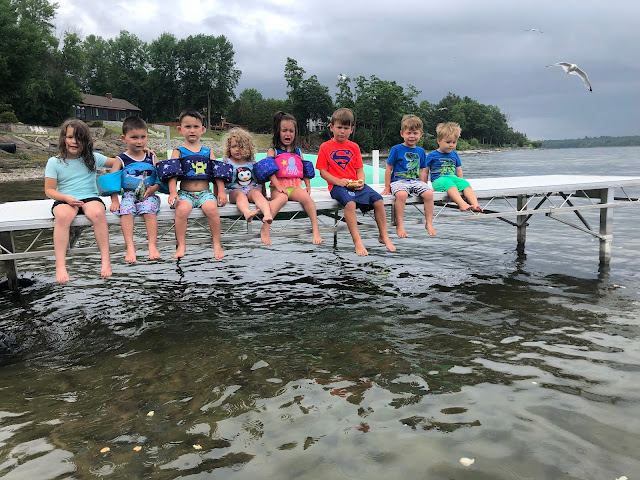 my husband's and my 45th high school reunion (#highschoolsweethearts) a couple of weeks ago, where I learned that one of my male classmates has been checking in here and wondering why I haven't been blogging (this was a surprise to me!); 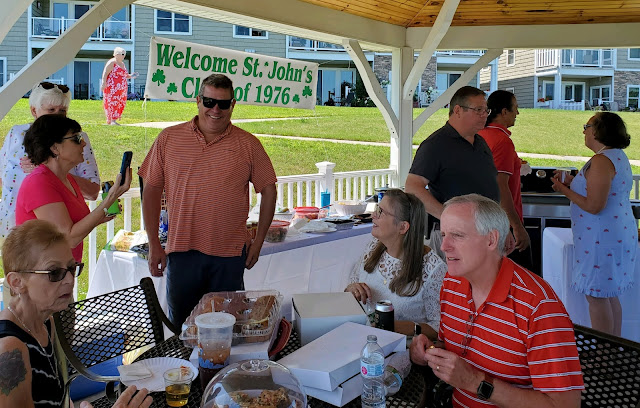 some good books I'm reading and planning to read that I'd love to tell you about... 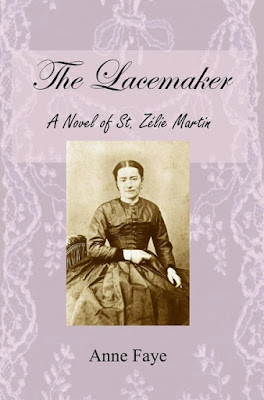 These are all subjects I'd like to tackle, along with some thoughts about detachment as my 63rd birthday fast approaches. I've had a major case of blogger's block since May, but perhaps I can get back into a groove, now that things have quieted down up here by the lake--after a very busy, noisy, and joyfully chaotic start to the month, when so many members of the enormous Pearl clan were sharing this house (my husband's childhood home) with us.  It's just us now, this guy and me. 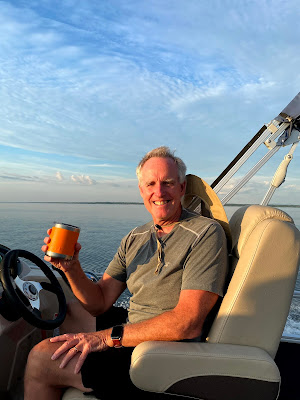 It's a perfect boating day, so I think I'll sign off now. But before I do, I wanted to share a link to a very moving recent Mama Needs Coffee blog post by Jenny Uebbing.  She has been for many years a prolific writer, blogger, and Instagram influencer, and is indeed a household name in the Catholic online community.  But although she still blogs sporadically, her social media work has taken a definite back seat to her much more important career of full-time motherhood to a brood of six adorable youngsters.  (A thought-provoking post of hers a while back, in fact, was one of the catalysts for my own exodus from social media.)  This line from the post in particular struck me as profoundly true, especially in the context of the selfless, repetitive, seemingly thankless tasks a woman who works exclusively in the home performs daily out of love for her family, without payment or the world's recognition:  Jenny writes, "I feel a little bit like I've discovered the secret to happiness.  But it's such a deep secret that it's possible no one will believe me.  It's this, though, in case you were wondering: give your life away." (Do yourself a favor and read the full, beautifully written post here.)
That's it for today.  The lake calls.  But I'll be back soon...I hope!
Posted by Laura Pearl at 10:15 AM