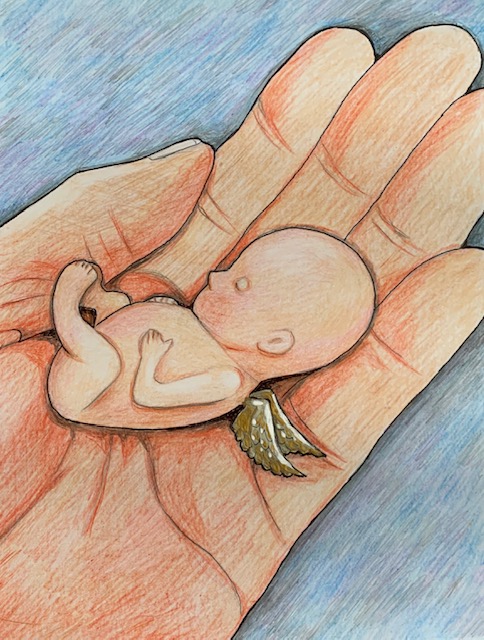 I am sad to report that our oldest son's wife suffered a miscarriage on May 9, which was the day before Mother's Day in this year of Our Lord 2020 and also my beloved late father-in-law's birthday.  The baby she was carrying was at about 12-13 weeks gestation but in all likelihood had expired in the womb weeks earlier.

This family-oriented, hardworking, loving couple, whose Faith is strong and true, have five healthy children living on this earth.  With the loss of this pre-born child, they now also have three little saints in Heaven interceding for them, and for all of us.

As they were unable to determine whether the baby was a boy or a girl, the grieving parents have decided to name this perfect little soul Liguori Mary--a name which would work in either case.

Our son and his wife are working with A Mom's Peace, a lay apostolate that offers help with burial and remembrance ceremonies for couples who have been devastated by miscarriage or stillbirth (and arrangements have been made to have the baby buried in a church cemetery tomorrow).   We became familiar with this wonderful organization last year in August, when our second-born and his wife experienced the tragic loss of their fourth child at about 15-16 weeks gestation.

We are indeed living in the Valley of Tears, are we not?  There are tragedies and losses that seem impossible to endure, and yet we do.  But we have Our Father in Heaven, the Blessed Mother and Her Beloved Son, and the Communion of Saints (who have been joined by Liguori Mary Pearl) helping us.  Loving us.  Waiting for us to meet them in Heaven one day, when our time comes.  And oh, what a joyful reunion it will be!  I imagine these never-met grandchildren of ours, these wee souls--spotless, pure, innocent, and filled with light--welcoming their parents home someday, and it brings tears to my eyes.  I hope that I will get to see them, too!

Please keep our boy and his wife, who have fulfilled their wedding vows with perfect faith, trust, and obedience, in your prayers as they cope with their loss.  Thank you! 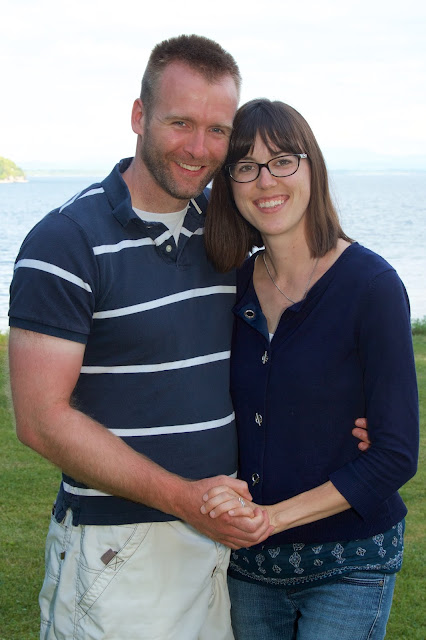 St. Alphonsus Liguori, pray for us!  O Mary, conceived without sin, pray for us who have recourse to Thee!  And St. Liguori Mary Pearl,  pray for us!

Sometimes, I Go by "Ree Ree”

I can't believe I haven't been blogging madly away lately, with the tons of extra time at home we all seem to have these days (but I don't want to mention why we have this extra time, because I think we've all been hearing about/talking about the coronavirus pandemic and its devastating fallout more than enough).  Unfortunately, however, I have not been in much of a writing mood.

But I really do want to get back to keeping up with this poor neglected little site of mine.  So here's a lighthearted little post--mostly for me, I guess (as it falls under the category of "online scrapbook of Pearl family memories"), but maybe you'll enjoy it, too.

My self-chosen grandmother handle is "Grammy."  I thought this would be a cute variation of the "Grandma" title that my siblings and I used for both of our grandmothers growing up.  It took some of our grandchildren much longer to master my name than it did for them to call my husband "Papa," but I was in no rush.  And if in the process of trying to pronounce "Grammy" they had come up with an adorable alternative and it had stuck, I would have been totally on board with that.  But our verbally precocious oldest grandchildren, the twins (now almost 9), started out by calling me "Gra Gra," which eventually morphed into "Gray," and finally they were able to manage "Grammy."

Some of our other grandchildren have had trouble saying "Grammy" when they first began to talk, so I've answered to "Mammy" plenty of times.  "Mammy" didn't stick with any of them, however, once they were able to master the G-R sound.

But then our second-born's firstborn son, Junior (who is now 4), came up with his own unique variation: "Ree Ree."  And my son and his wife thought it was so cute that they all started calling me that. Now Junior's younger brother, Jedi, calls me "Ree Ree" as well, and I'm sure baby brother Topper will follow suit, once he gets more verbally inclined.

So of the four sons who have children, three of the families call me "Grammy" and one calls me "Ree Ree."  If you had told me this would happen ahead of time, I would have thought it very strange; but now, it just seems totally normal.  And I sort of like having both monikers.

I can't tell you how wonderful it's been to live so close to all the little people who call me by those two names (16 of them now, with two more on the way).  We are so glad we made this move to VA, where we could be a regular part of all their lives.  Trips to Grammy's/Ree Ree's house are fairly routine--or at least they were, pre-coronavirus.  Case in point: back in September of 2019, I got this text from Junior's mom.

Oh my goodness, is this the best or what?   She followed it up with, "Meanwhile he's in his underwear and doesn't know how to pedal."  (My girls are so funny, among their many other great qualities.)  That little guy can run away to Ree Ree's house anytime he wants--although he does live 50 minutes away, so it's probably not going to happen!

Junior is quite the host with the most, and one of the last times his parents had Papa and Ree Ree over for dinner, he made place cards for everyone so we'd know where to sit. 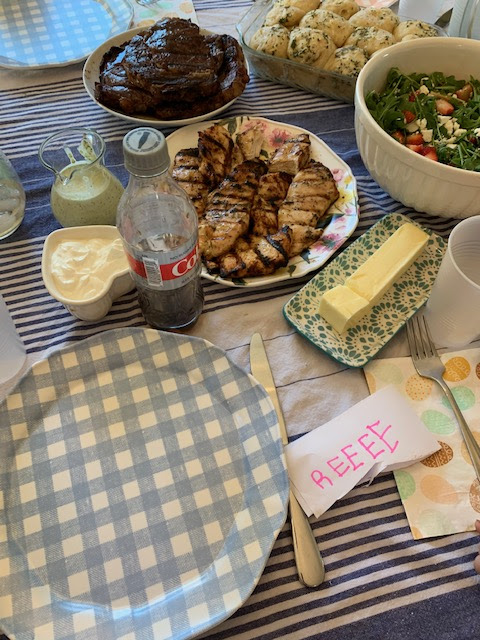 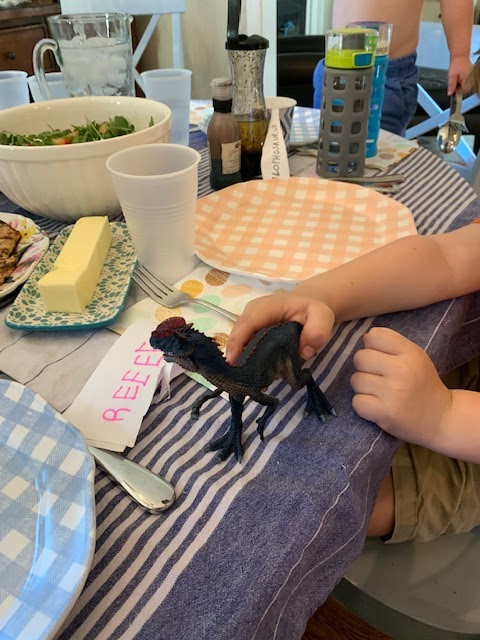 I especially like that he wanted me seated next to him at the table.  (Heart-eye emojis all over the place.)

I do believe I'm the most blessed (and perhaps only?) Ree Ree on the planet!  Life is good, my friends.  Even when the world seems to be falling apart around you, there is always a reason for joy.  In my case, make that 16-going-on-18 reasons.

Stay healthy, dear readers!  And believe that this will be over one day, and our lives will be filled once again with big family dinners!
Posted by Laura Pearl at 10:21 AM 7 comments: