When I self-published my My Little ABC Book back in 2019, through an online site called Bookemon, I was really only doing it to be able to give copies of it as gifts to friends and family (most especially my grandchildren).  Not exceedingly professional in execution (and I'm not being modest here), this picture book was a true labor of love: something I'd begun in 1993 after my youngest son was born and hoped to finish in time for him to enjoy it in his toddler years--but then I'd shelved it for a couple of decades and finally got inspired to finish it when that son was in his 20's and the grandchildren started coming fast and furious.

In the years leading up to the completion of the project, I posted updates about my progress quite a bit here at the old blog. So after My Little ABC Book got into print, there were actually several loyal readers who ordered copies from Bookemon.

From time to time, over the past 10 years that I've been a blogger, I've talked about closing up shop here on the Internet, but also about how hard that would be because of the many unexpected blessings blogging has brought me. One of those blessings, without a doubt, is the way it has connected me with people whom I would never, in a million years, have "met" if I hadn't started this String o' Pearls (formerly known as String of Pearls).  I've corresponded with readers as far away as Australia and Austria, and from all over the United States.  Years ago, I began "talking" with a sweet Catholic blogger who was about my youngest son's age.  That was back when we lived in NH and she was in Northern VA.  After our move to VA in 2017, we became practically neighbors; and I was actually able to meet her in person (IRL!) when my husband and I attended her community Christmas shows, musicals where she played the violin, two years in a row.  (Then, enter Covid-19...grrr!  But that's a subject for another, less cheerful, post!) 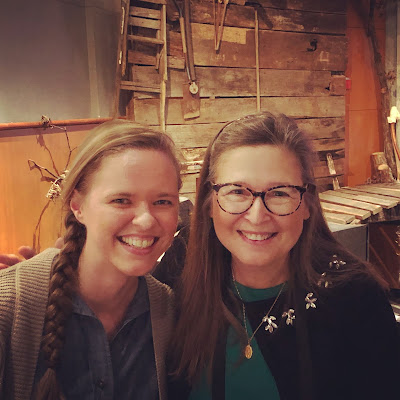 People poo-poo Internet relationships, but sometimes they lead to real connections, real friendships.  That sweet young gal I met via blogging just emailed me to fill me in on her family's latests news.  She said that she'd recently visited her little nephews and they were looking at the ABC book, and she wanted me to know that she was thinking about me. 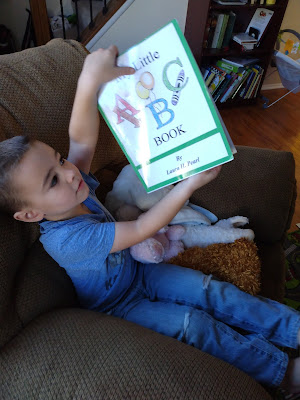 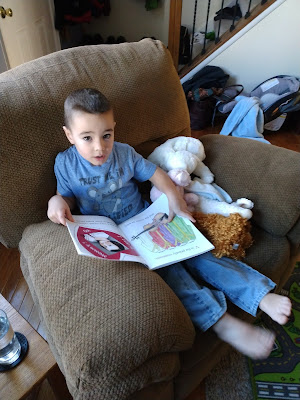 I really do feel extraordinarily blessed by the community that I found after I started this blog.  Many of the people I used to "know" here in the blogging world have moved over to Instagram or just off the Internet completely (and believe me, I get that!).  I miss them.  But I will always cherish my time here, and the friendships I've made.  It's the last thing I expected when I wrote my first post in 2011, thinking of this as merely a space to keep an online scrapbook of family memories.  It has been that, but so much more.  Life is indeed full of surprises!
I'm not sure how to end this post...so goodbye, until we "meet" again.
Posted by Laura Pearl at 5:28 AM