As you may already know, my third son and his wife Preciosa, a couple of starry-eyed newlyweds who were just married on December 7 of last year, are expecting their first child.  It's due in mid-October.

At their recent sonogram, the doctor was able to tell the sex of the baby (who is healthy and on track, thank God).  I'm flying down to VA tomorrow morning so that I can attend a "gender reveal" party on Saturday morning, to be held in honor of the newest little seed Pearl on the family string.

My husband and I had only sons, five of them.  And all three of our grandchildren--twins about to turn three and their 15-month-old sibling--are girls (our oldest son's daughters).  We're anxious to find out what this one is going to be: another sweet little bundle of sugar and spice and everything nice, or one of those energetic little chaps made up of snakes and snails and puppy dog tails.  So what's your prediction? Pink or blue?  Another little girl, or our first grandson?

In my suitcase, I'll be carrying a gender-neutral blanket that I made for the baby.  But I'm also bringing a little seersucker suit that I made for my oldest son back in 1983.  He outgrew it before the event for which I made it; but it was worn a few years later by the first-time daddy, when he was about a year old.  He looked mighty dapper in it, and I assume his boy will do the same.  And for a wee lassie, I made a jumper out of material that celebrates the first-time mommy's alma mater, FSU.  This fabric was actually originally used to make a tablecloth for the couple's rehearsal dinner (less than six months ago!), so there's all kinds of sentimental value stitched up in that little garment. 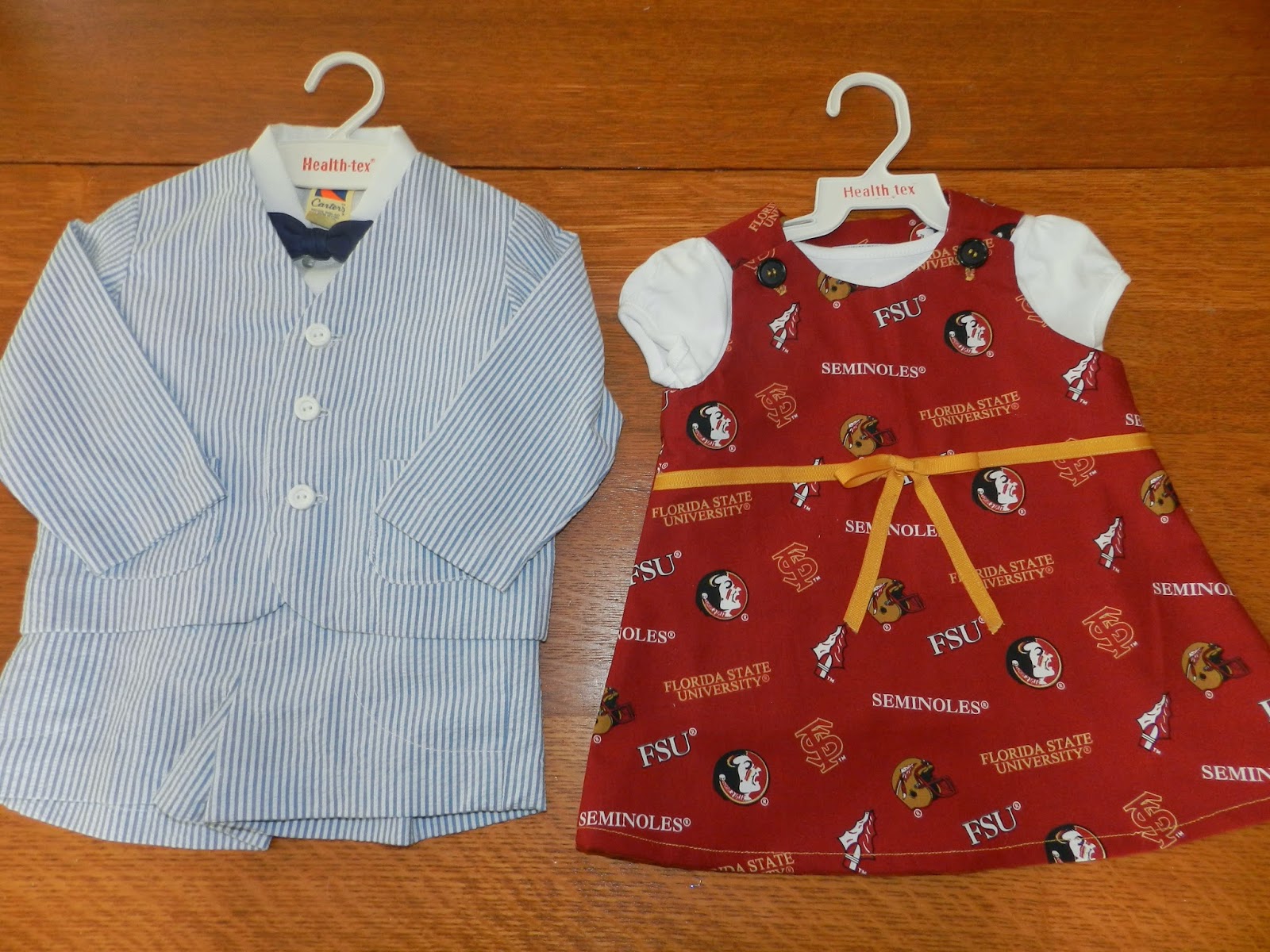 I'll be sure to let you know which of these little outfits I'll be packing back up to bring home with me (to be given at a later date, I'm sure!).  In the meantime, let me know your guess!

And keep me in your prayers, if you would.  Sometimes that old fear of flying bugaboo (which I start to believe I've conquered) comes back to bite me--and I don't want to feel stressed, when this trip should be nothing but joyful.  Thanks in advance!
Posted by Laura Pearl at 5:29 PM