--- 1 --
Today is the birthday of my youngest son.  He's turning 20, and my oldest is 29, so for the next nine months all five of my boys will be in their 20's.  Together.  Yikes, how did we ever get here?  Certainly, there was a time when my baby never thought he'd catch up to the older brothers he idolized and finally be one of the "big guys."  My first four sons came along in a pack, with only four years and three months separating #1 and #4, and then there was a five year break before the birthday boy joined the ranks.  For so long, the gap seemed huge and unbridgeable.  But it has closed right up over the past few years, and I am beyond thrilled to be able to say that my youngest son and his older brothers are truly the best of friends.

Just thinking of my baby, with his sharp sense of humor (his jokes and impressions often quietly delivered, so that you'll miss them if you aren't within earshot), his drive for excellence in all endeavors, his deep and abiding faith, his tender heart, and his fierce and absolute love for and loyalty to family, makes a lump form in my throat.  I adore this boy--or I suppose now I should say "this man."  He makes his mother proud every single day of his life.  So here's a wish that he'll have a Happy, Happy Birthday with his friends out at Notre Dame.  (And that he won't hold the gift we gave him--a ticket to see the Irish get trounced by Alabama in the BCS championship game--against his dear old mom and dad!)
--- 2 ---
And after all that talk about brothers who are best friends in #1, I feel I have to tell you that I am the luckiest mother in the world.  I have had the privilege of raising five sons--five good, strong, moral Catholic men who will be brave warriors in the fight against the forces of evil in the world...five soldiers for Christ.  God blessed me in a special way when he sent me a houseful of boys--and not in the way people meant went they found out about my testosterone-filled household and cried out in pity, "Oh, God bless you!"  (I certainly heard that enough over the years.)   I love those boys.  My sons are not only sweet, and "momma's boys" in the best possible sense of the term, but they're fun to be around, too, and very, very funny.

--- 3 ---
Okay, now after all that talk about boys in #1 and #2, I must add that there has been no greater joy for this mother of five sons than to become a grandmother to a couple of darling girls--my identical twin granddaughters, who are 19 months old now and with whom I am currently staying.  Papa and I (or "Pop" as they call him) are spending about a week out in Colorado with our oldest son and his wife and our two little buddies, and it is just Heaven on earth, I tell you.  I like to talk about these little girls--a lot!--as you already know if you read my blog on any kind of regular basis.  And I can't recommend twins enough for first-time grandparents.  My husband and I each get to hold a bundle of cuteness at the same time, without having to wait our turn--something we both admit would be difficult for us if we were trying to share one granddaughter!  And while we're on the subject of cuteness: Is there anything in the world cuter than a toddler fresh from the bath, wearing fleecy footed pajamas?  I submit that there is not. 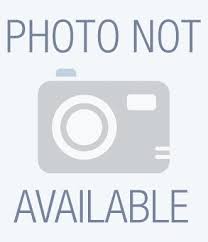 --- 4 ---
I have just read the most amazing book called The Loser Letters, by Mary Eberstadt, a book that my daughter-in-law had checked out of the library and read before I got here, and one that I had planned to read as soon as I could get my hands on a copy.  Wow, what a powerful book!  If you are familiar with The Screwtape Letters, you will be reminded of it when you read this winner of a book.  P.J. O'Rourke writes on the back cover, "As a Christian humorist, Mary Eberstadt is the rightful heir and assignee of C.S. Lewis, and her heroine...is the legitimate child (or perhaps grandchild) of 'the patient' in The Screwtape Letters."  In Lewis's classic tale, a senior devil named Screwtape writes a series of letters giving advice to his novice nephew, Wormwood, on how to win the soul of a man to whom he has been assigned, a man referred to as  "the patient."  By the end of the book, the reader has been shown that even good people, people who call themselves Christians, must be on guard against the devil's constant efforts to separate them from God.  In Eberstadt's destined-to-become-a-classic tale, a modern young woman named A.F. (A Former) Christian writes a series of open letters to the "spokesmen of the New Atheism," advising them on how they should change the way they market their product to the masses, in order to win more souls away from "Loser" (God) and over to the side of the "Brights" (Atheists).  In the course of trying to exhibit how unenlightened the "Dulls" (Christians) are and telling the history of her own conversion from Christian to Atheist, A.F. Christian ultimately gives the most compelling arguments for the existence of God and the necessity of religious belief.  Like Lewis, Eberstadt is a superb satirist with a true literary gift and a razor-sharp wit, and she brilliantly accomplishes the task of unmasking the evils of a God-less culture.  This is a fast read, and I can't recommend it highly enough.

--- 5 ---
I felt like baking something for dessert last night (after all, my third grandchild--who will make his/her appearance in less than two months--has a sweet tooth that needs satisfying, and Grammy is only too happy to spoil him/her in utero), so I went on the Food Network website and found the greatest recipe for homemade brownies EVER (and I've tried a lot of different homemade brownie recipes in my day, mind you).  I wanted to give you a link to the recipe here, but for some reason it's not working; however, if you go to the "Recipes" section of the website and type in a search for "Cocoa Brownies by Alton Brown," you'll find it.  Just make sure to add about 6 oz. of chocolate chips to the batter--because adding chocolate chips to anything can only improve it.  (You know that, don't you?)

--- 6 ---
I have been struggling with different things lately, the specifics of which I am much too private to go into here.  I've been feeling in need of the kind of help that can only come from above.  With thoughts of Lewis' patient and Eberstadt's A.F. Christian in my mind, and knowing that life here on earth can be difficult and only makes sense if I remember that the whole purpose of it is to find a way back to God and everlasting life with Him in Heaven, here is a quote from one of my favorite saints, St. Therese of Lisieux: "The world's thy ship and not thy home."  Indeed, the journey can take you over rough seas, but the destination is worth the trip!

--- 7 ---
Last but not least: This is my first "7 Quick Takes Friday" post.  I've read some other bloggers' Quick Takes (a Friday activity that was created by Jen Fulwiler at her blog, "Conversion Diary"), and they are very interesting and entertaining.  I'm afraid, though, that mine haven't been "quick" enough (not to mention interesting and entertaining enough).  If I do this again, I'll try to make all 7 of my takes a little less wordy!