We had a wonderful Thanksgiving!  Three of our five sons (#1, #4, and #5), nine of our 17 grandchildren, and one daughter-in-law's parents were with us for dinner, making it a grand total of 19 turkey eaters.  (And then son #2 came over later in the evening after he'd had dinner at his in-laws' house, so that he could spend some time with our youngest son and his wife, who had traveled from Nashville to spend the holiday with us.) Our middle son and his family were in FL with his wife's folks.

I cooked a 21 lb. turkey and a 10 lb. turkey breast...on Wednesday!  After it cooled, my husband carved it up on Wednesday night and then we put all the meat in a huge pan with chicken broth to keep it moist.  All we had to do was warm it up the next day.  The drippings were stored in the fridge, ready to heat up and turn into gravy; the stuffing had been transferred from the bird into a baking dish, ready for warming up with some extra butter on Thursday.  Easy peasy!

I love having the main items done ahead of time; it makes Thanksgiving day so much less stressful.  My daughters-in-law were a little skeptical about pre-cooking the turkey; but I can assure you it was moist and delicious.  And because it was already done, that left all the oven space for cooking the numerous side dishes.  (We do not have two ovens in this VA house--and we probably should!  But we make do.) 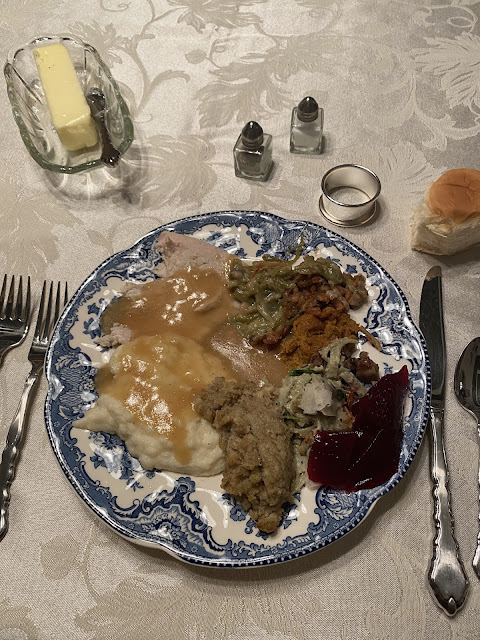 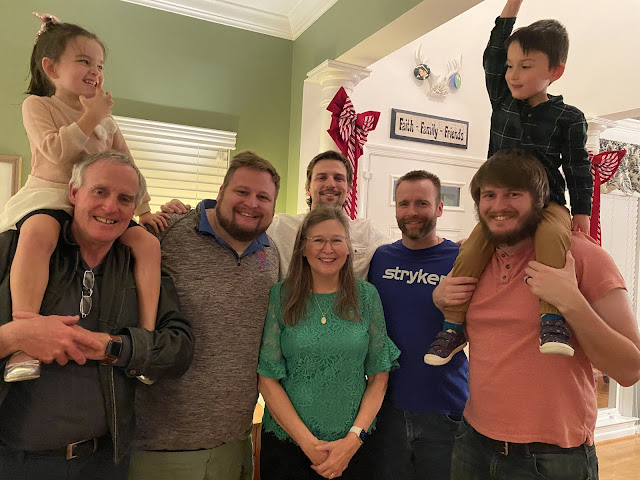 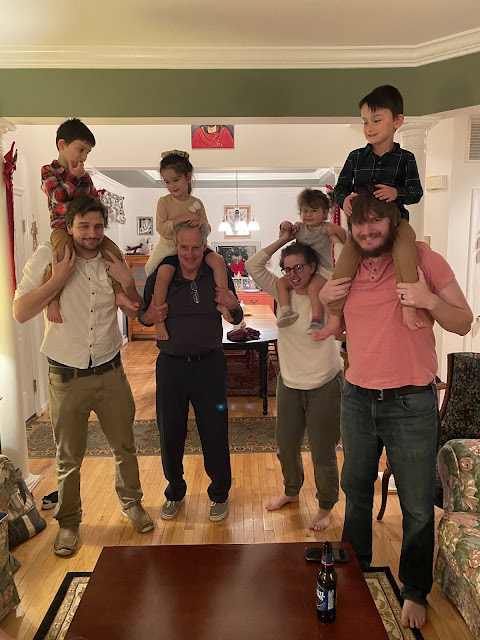 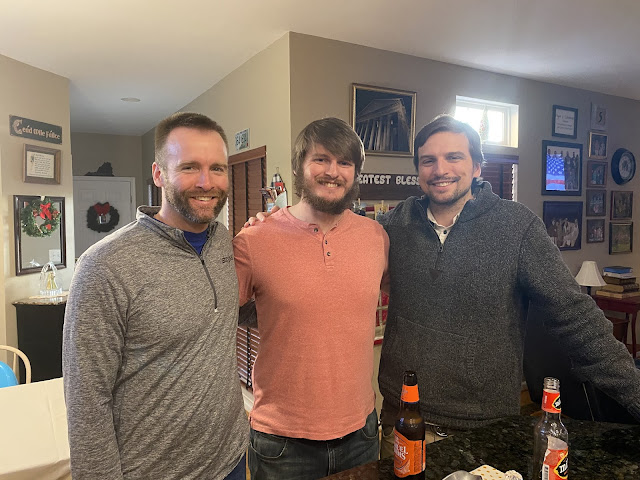 It's always a tad chaotic at our house on holidays.  In a good way.  But definitely chaotic!  I had pretty paper products for the kids and nice china set out for the grown-ups.  But big people were grabbing little people plates (to be honest, they were Pioneer Woman brand, so big that they held a good bit more food than the nice plates could!).  The grown-ups were also grabbing plasticware, instead of the sets of good silverware wrapped in cloth napkins and held together with the silver napkin rings my mother gave me many moons ago and which almost never get used.  AAAGGGHHH! Initially, I was going to have the kids sit in the kitchen and the grown-ups in the dining room, but I decided to ditch that plan pretty early on.  Everyone just helped themselves to the buffet-style fixings and sat wherever...and it all worked out just fine.

My husband reminded me that it's unrealistic to expect Thanksgiving to look like this iconic Norman Rockwell painting, when there are 19 of us, nine of them children! 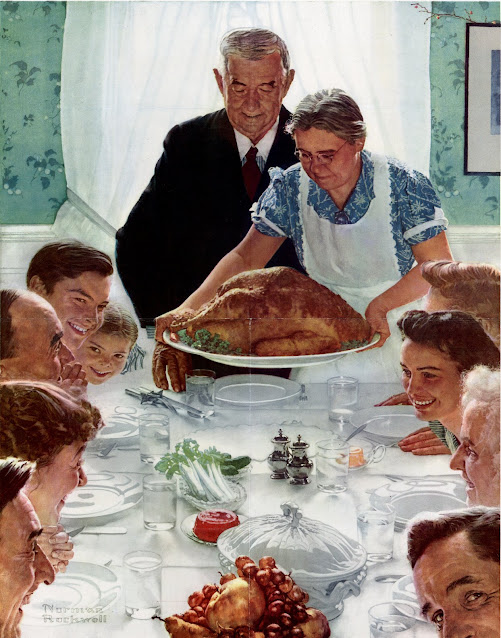 I've decided that moving forward, I'm going to use paper plates and plasticware any time there are more than 10 Pearls gathered for a meal at our house.  If we have just one family over, the good china and silverware will come out. But otherwise, I think it's just a better plan to keep it simple.

And Pioneer Woman really does make the most beautiful paper products.  Here's the style of plates I'm hoping to have for our Christmas extravaganza, when 27 of us (all but our youngest and his wife) will be gathered at Casa Papa and Grammy. 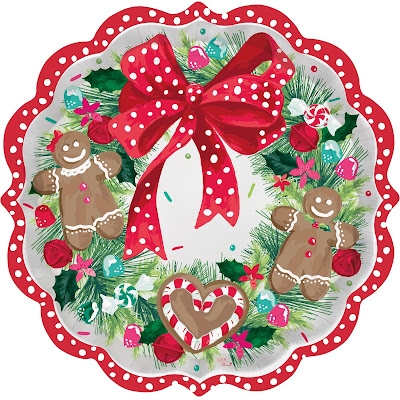 These plates are extra large and better yet, unbreakable. Not too mention disposable! And I just love Pioneer Woman’s cheerful style.

Hope you had a beautiful Thanksgiving.  And Happy Advent, dear readers!