These Cakes Are a Couple of Characters!

Here's his rendition of everyone's favorite "bear of little brain": 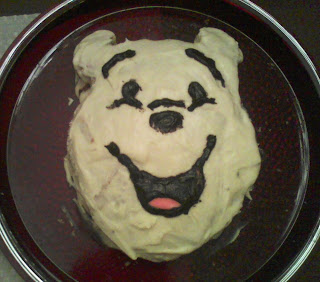 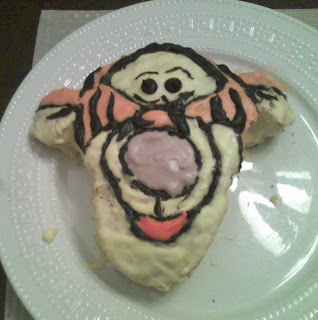 I am amazed by my son's cake decorating skills (not to mention that he's a darn good baker, too)!  It's almost a shame to have to cut into artwork masterpieces such as these.

Birthday cakes were always an important component of the birthday celebrations we had in our house when our boys were youngsters.  My oldest son, in fact, was in the middle of eating the Cookie Monster cake I'd made for his second birthday 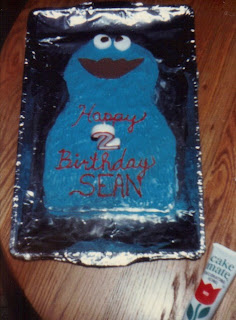 when he put in his order for his next birthday.  When he turned three, he said, he wanted me to make him a "Big Bird and Little Bird" cake (and he never changed his mind during that whole year between birthdays!). 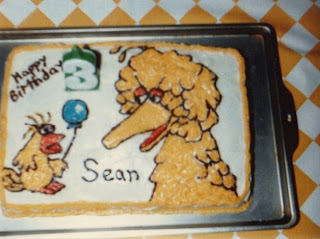 So it shouldn't surprise me that he's putting so much effort into creating awesome cakes for his wee daughters.  [A quick aside: How many of you even know that Sesame Street at one time had a character called "Little Bird"?  Or is Big Bird's little friend still a member of the Muppet menagerie over at PBS?]

My son tends to be too critical of his own work (wonder where he gets that from?), and he said he thought the two new character cakes weren't as good as the Elmo cake he made for the twins last year. 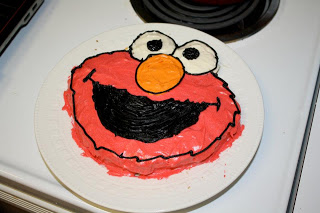 I don't know, I think all of my boy's cakes are terrific!  (I believe the student has become the master!)  What say you, dear readers?
Posted by Laura Pearl at 6:07 AM