Nothing tells the story of how much my life has changed since our nest emptied out two years ago (when our youngest son went off to college) than this itty-bitty jar of peanut butter I picked up at the store yesterday. 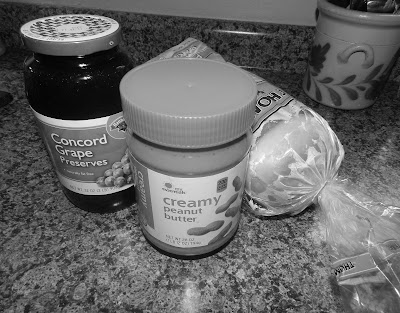 There it is, in black and white: the story of our downsizing.

For the past thirty-ish years, I've been buying family-sized tubs of p.b., and yet it seemed like we were always running out.  When the boys were little and we'd visit their grandparents, I'd open the cabinet at lunchtime and spy the miniature jar of Jiff and mutter under my breath, "You've got to be kidding!  That's about enough for one meal!  Who buys peanut butter in such small quantities?"  (By the way, Mom and Dad, I get it now.)

Thanks be to God, none of my sons had a peanut allergy, because there were stretches when they lived on peanut butter (well, peanut butter and dare I admit it?--Kraft mac & cheese with hot dogs) during their childhood days.  It was one of the staples of their diet, and in all the years they lived in this house, I never once had to throw out a half-full jar because it had gone past the expiration date.

Well, a few days ago I was going through my pantry, trying to figure out what supplies I'm going to need for this weekend--because my baby is coming home from his six-week internship in Paris!  Yippee!  That boy eats nothing but p.b. & j. on a bagel for breakfast, every morning, without fail; so while I was making sure I had everything he would need, I happened to notice that it was long past the "best if used by" date on the still-half-full vat of peanut butter I'd bought for the troops over Christmas (or maybe last summer?  I really can't remember).  I simply couldn't believe I had to do it...but I threw it out.

Yesterday when I brought home that pathetically small, practically baby-sized jar, it was a sad reminder that there really aren't that many mouths to feed around here most of the time anymore.  My husband and I like peanut butter; but we don't eat it often enough to justify buying it in the enormous containers we needed to have on hand when we were feeding our growing lads back in the day.

Who would have thought that buying a small jar of peanut butter would make me feel so OLD?

(I ended up sounding pretty Eeyore-esque there, but don't feel sorry for me.  If my son doesn't use up that little jar during the three or four days he's home before he leaves for Army Airborne school, I'm going to whip up some peanut butter cookies--and probably eat them all, too--following an awesome three-ingredient recipe I got from my daughter-in-law: 1 c. peanut butter, 1 c. white sugar, 1 egg; bake for 8 min. at 350.  Mmmm-mmmm!!)

Okay now, for more B & W imagery, click on over to Clan Donaldson. 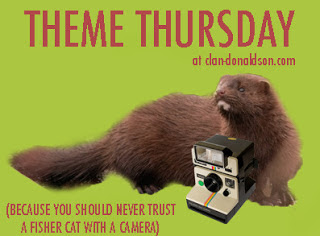