Back in 1999, the nun who was the principal at our sons' Catholic grade school asked me to paint some artwork on the hallway walls of the basement level of the building, where the kindergarten classrooms, nurse's office, library, and several storage rooms were located. The theme was to be "multi-culturalism" (which at the time I didn't realize had a bit of an agenda associated with it), and I decided to paint children of all different colors from all over the world, with the words "Be friends...love one another..." and "We are all children of God...all precious in His sight... all beautiful..." written beneath them.  I was only able to paint two of the images full-length, facing each other from either side of the end of the hallway. Here's my youngest son (when he was a WHOLE LOT SHORTER than he is today) standing next to one of these almost life-sized children, shortly after I'd finished the job and put my paints and brushes away. 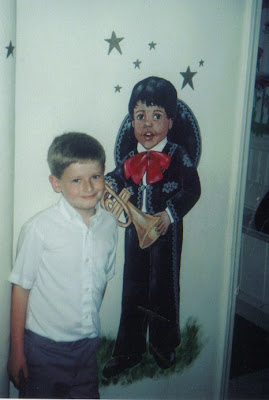 Just beyond where my son is standing in this picture, there were wooden cubbies for the students' coats, boots, and backpacks on the bottom half of the walls on either side, so for the rest of the children, I painted only faces--surrounded by glittering golden stars--floating above those.

Recently, I was made aware that since the school has grown and changed (and the pre-K and kindergarten rooms are no longer located along this basement hallway), there are plans to paint over the images I so painstakingly applied to the walls, during quiet after-school hours in 3- and 4-hour sessions.  These faces of God's children will no longer go with the decor that is planned for this area of the school, which will include trophy cases and framed memorabilia from its 100 years of serving the area's Catholic families.  Therefore, I thought I'd better go and get some pictures of my babies before they're gone for good, hidden away forever under a fresh coat of paint. 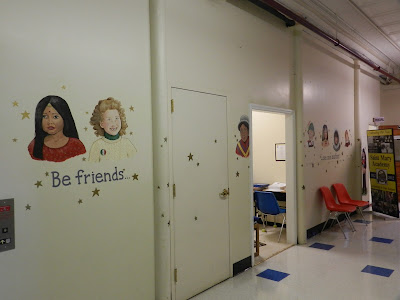 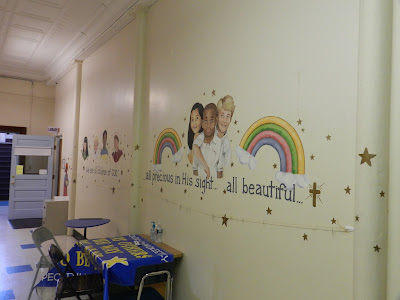 Lest you think my little break from this 7QTF link-up made me forget how it works, I do have some takes, and they are nothing if not quick.  Today I'm sharing 7 of my favorite images from this art project, one that was a complete labor of love for a school that was like a second home to my boys for many years.  These will be the quickest takes I've ever posted!
--- 1 --- 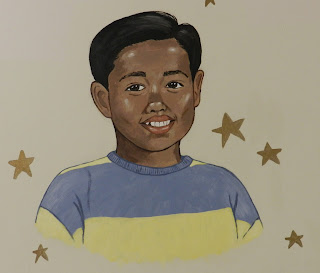 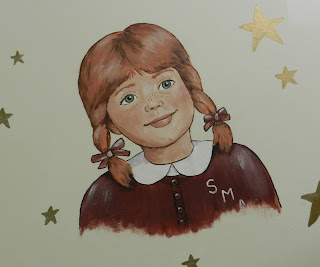 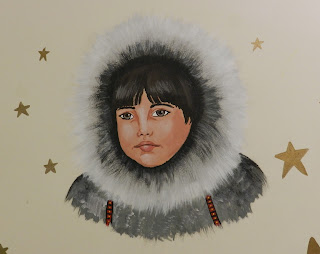 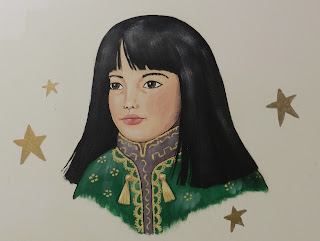 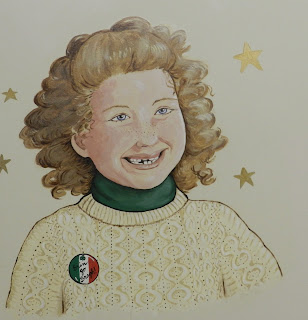 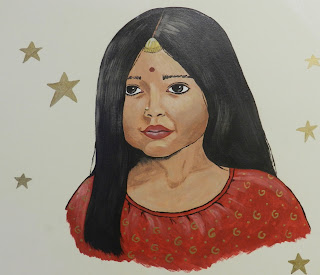 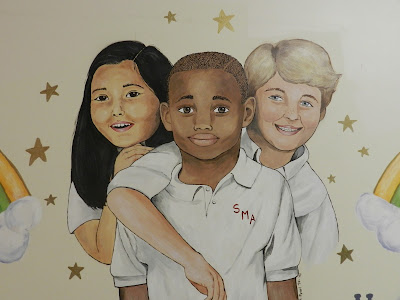 I was going to try to end this with something clever (clever-ish?), like "And there's my little rogues' gallery."  Then I looked up "rogues' gallery," because I wasn't exactly sure what it meant and didn't want to use it in the wrong context.  Well, it's a term used to describe a police collection of pictures of criminals and suspects. So...I really don't think these sweet children deserve to be called that...and I'll just wrap this up by saying head on over to Jen's!


For more Quick Takes, visit Conversion Diary!
Posted by Laura Pearl at 7:41 AM