Last Sunday, I left upstate NY--where my husband and I grew up and met, and where we now spend our summers taking care of our "Oyster Haven" VRBO lakeside rental home--well before the crack of dawn, and caught an early flight to DC and then a second leg out to Michigan.  That afternoon, I attended the bridal shower of our youngest son's fiancée, who will become the newest Mrs. Pearl in September. 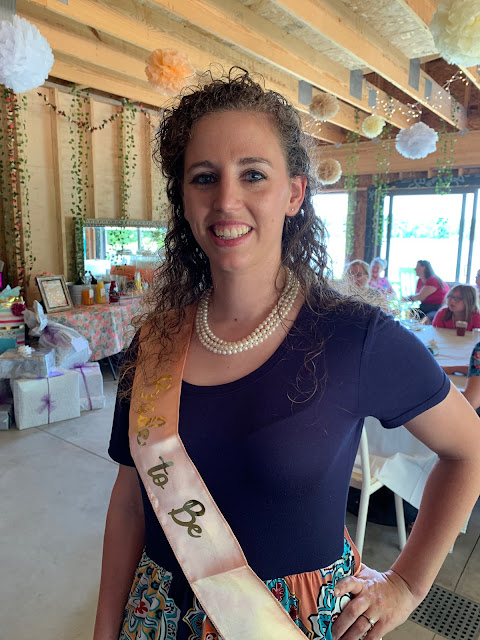 It was the most lovely and joy-filled shower, hosted by her younger sister (the matron of honor), and celebrated at the home of one of the bride-to-be's close relatives. 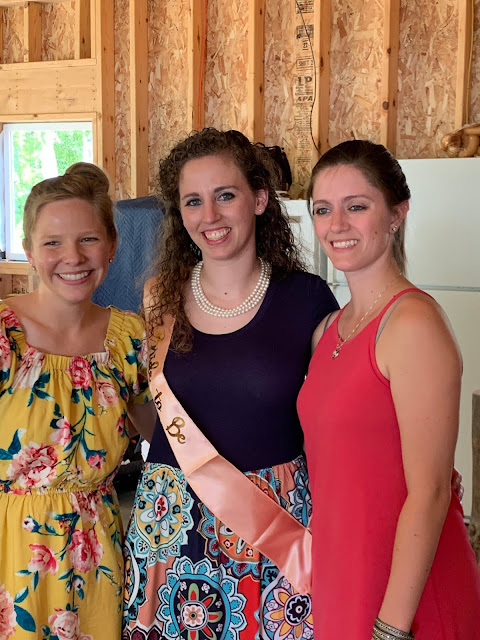 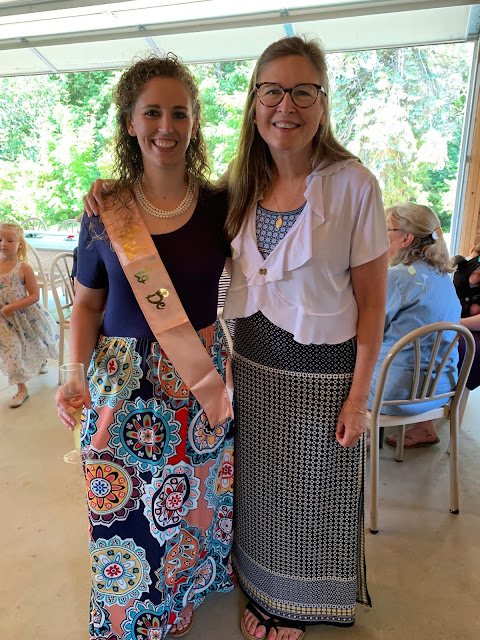 One of our other daughters-in-law also hails from the Midwest, and after repeated trips to visit with her extended family over the years, I am convinced that people who are natives of that part of the country are pretty much without exception some of the warmest, friendliest, most kind, unassuming and welcoming folks you will ever meet.  And I've also noticed a trend: the women out there really know how to cook!  (They all seem to make their own homemade jams--a skill that my jam-loving husband--who has to make do with Smucker's most of the time--surely wouldn't mind me acquiring.)

The food was plentiful and delicious, the guests were friendly and delightful, and the setting was comfortable and charmingly decorated.  The converted garage where the shower was held, now an awesome party room, boasted an idyllic lake view out past the back yard. 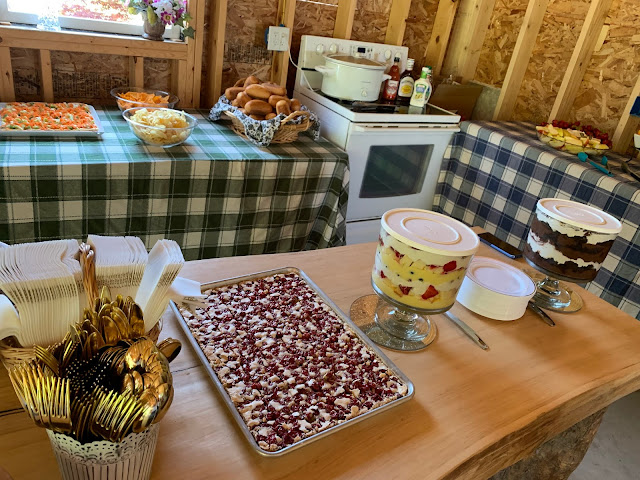 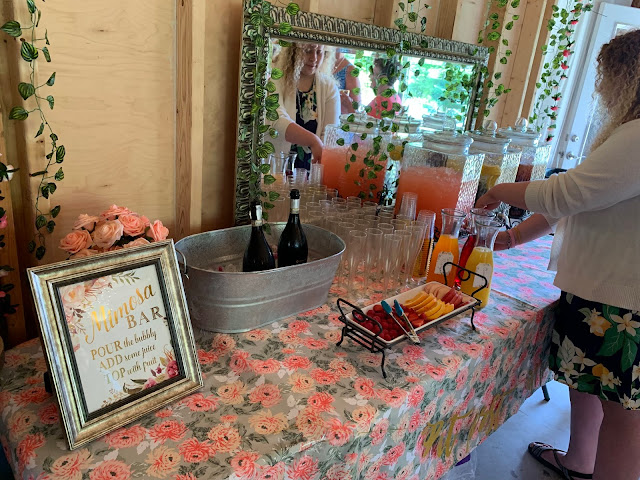 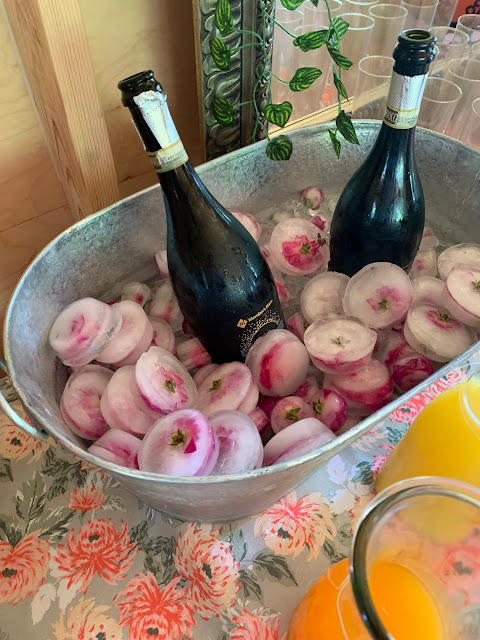 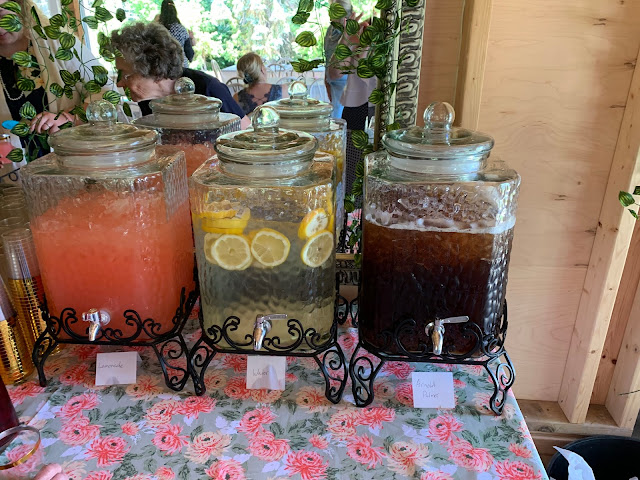 The games were mostly pearl-themed.  (Perfect!) 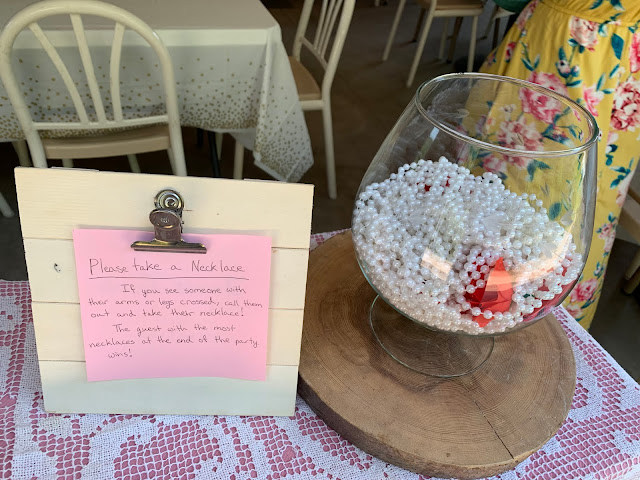 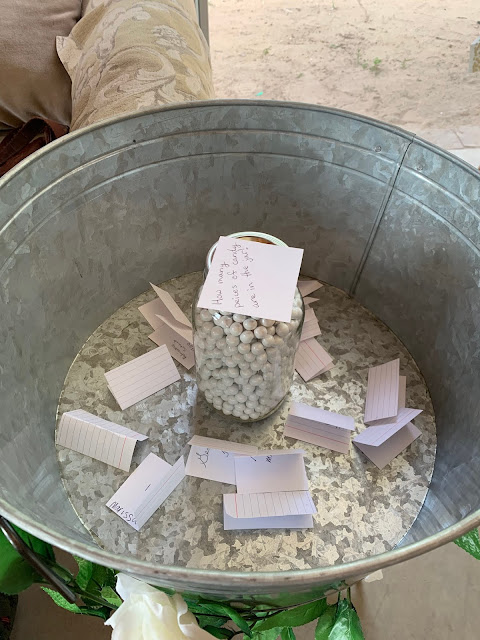 There was also a "Who Knows Her Best?" game, and the bonus question was, "What is the bride-to-be's favorite thing about the groom-to-be?"  My future daughter-in-law said that she almost answered "his sweet personality," but then couldn't decide on one thing; so her answer was "EVERYTHING."  (That is the only right answer for a doting mom to hear about her beloved baby boy, I can tell you that!) 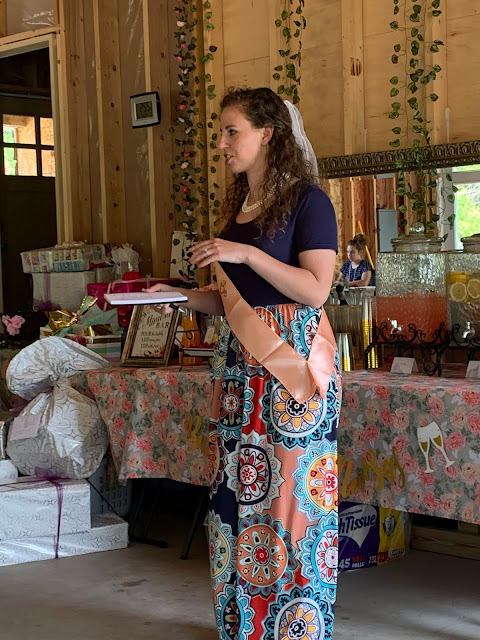 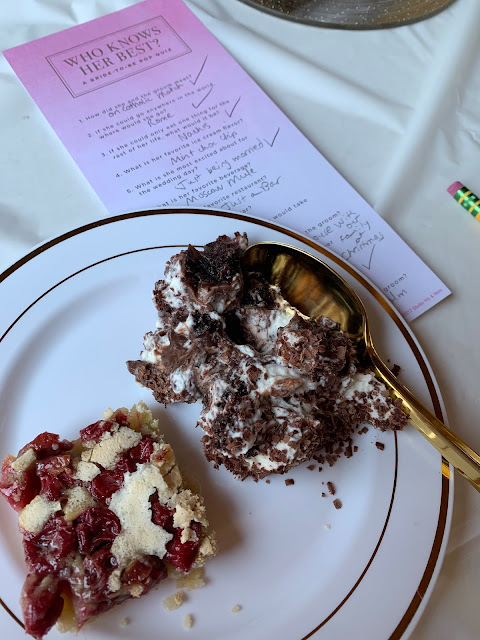 She was a very gracious receiver of gifts--of which there were many. 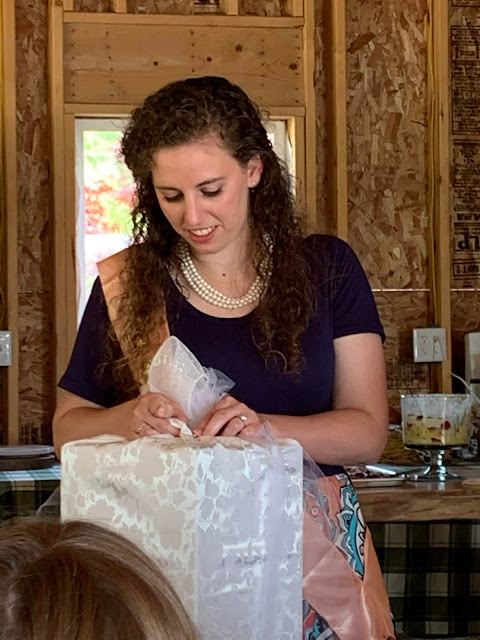 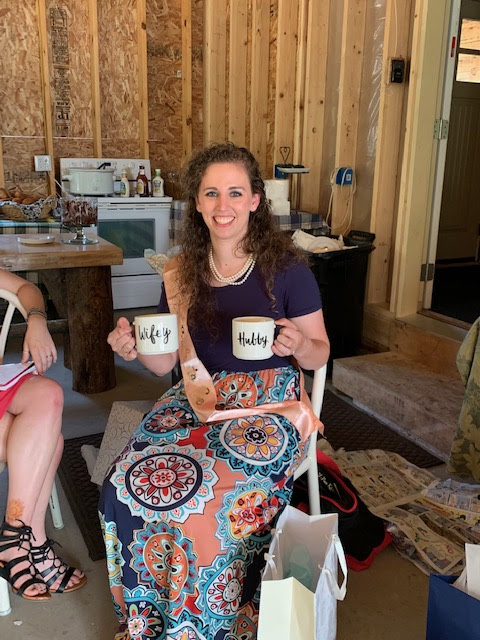 My gifts had been purchased online from the wedding registry and sent to the address where the bride is currently living and working, so the only thing she had to open from me at the shower was the now traditional "Little Black Apron" that I like to give my daughters-in-law.  It comes with a string of pearls attached.  ;) 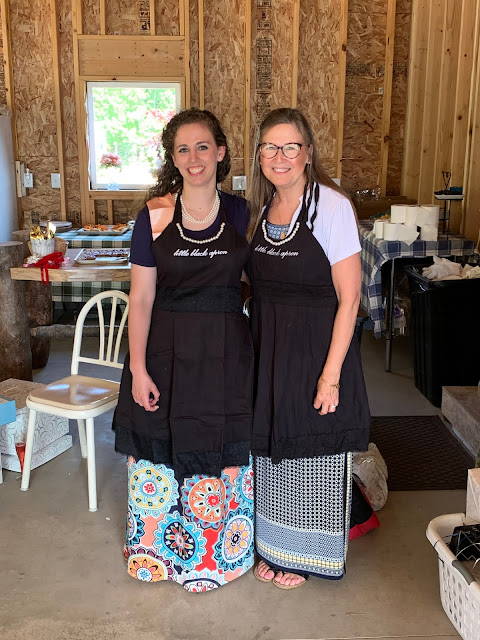 I also like to bring mine to their showers and have a picture of the two of us taken wearing them.  But you probably already gathered that!

There was one gift that was definitely more for my son than for his bride-to-be.  (Yes, it was actually on their registry!!  LOL) 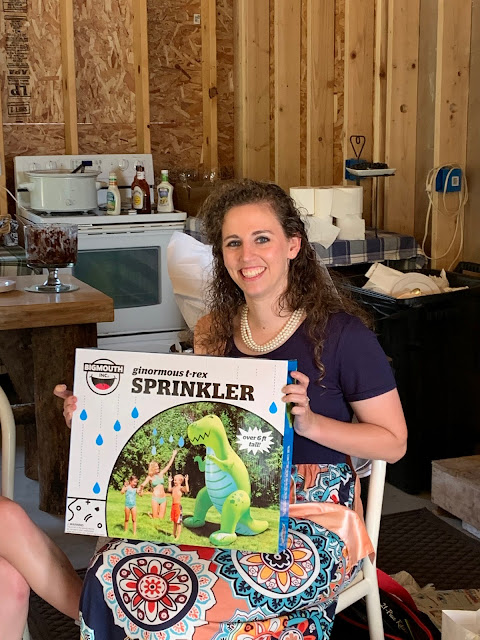 After the guests had all left, I sat and visited with my sweet girl, her mom, her dad, and her dad's cousin and his wife (whose party room we'd been enjoying all day) and their five young children.  When it was almost dusk, her dad's cousin took all of us for a leisurely ride on his pontoon boat.  What a beautiful way to end a beautiful day. 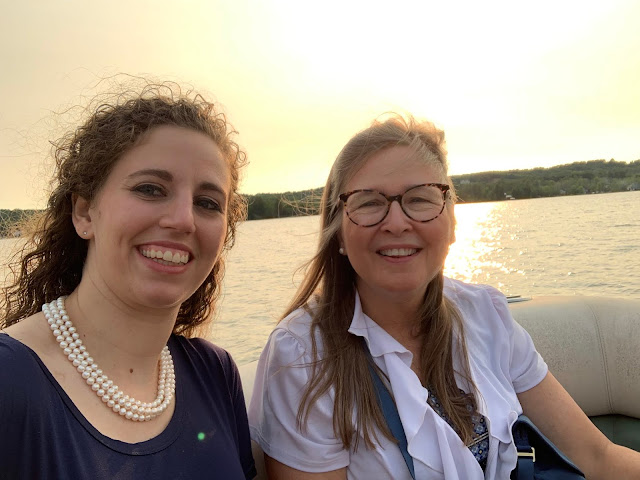 After the boat ride it was getting kind of late, and I had an early flight.  So I drove my rental car back to my hotel near the airport, and before the crack of dawn on Monday, I was on a plane headed back north.  It was a whirlwind trip (and one I could not have taken if it weren't for the perks of my husband's airline job), but so worth it!

I am thrilled to welcome this lovely young lady into the family.  She's a kind, hard-working, faith-filled Catholic girl who loves my son.  And bonus: she loves to cook!  (You should have seen all the wonderful kitchen gear she put on the gift registry!) So my boy will be well-loved and well-fed--lucky him!
Posted by Laura Pearl at 3:09 PM