Ready to do some clubbin'?

Not that kind of clubbin', silly; not nightclubbin'.  BOOK clubbin'! 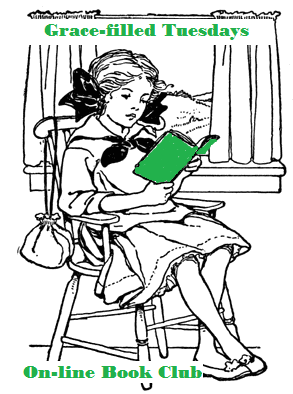 So yesterday, my dad wanted to show me some books that mean a lot to him, one of them titled Charlie Wilson's War (which was made into a movie starring Tom Hanks), a non-fiction work written about his old Naval Academy buddy Charlie Wilson, who signed Dad's copy and inscribed it with a personal message.  He wanted to show them to me because he thought I might be interested, because (and I quote), "You're a writer, sort of."

As the author of two novels (and a frequent contributor to the crowded field of Internet blogging), I should have been offended by Dad's little addendum, "sort of."  But I wasn't.  To him, I'll always just be his little girl, and also the mother of five boys who never had a "real" job while she was raising them.  Even though I've had two books published, I don't believe I've become a "real" writer in my father's eyes.

But that's okay with me.  The only job/career/vocation by which I identify myself, the only job/career/vocation by which I measure whatever success I might have had or will have in my lifetime on earth, is that of wife and mother.  This whole writing thing...well, it came to me much later in life than it does to most folks that people call writers.  I was 49 (with the youngest of my five sons about to begin high school) when I started work on my first novel, 54 (and a newly-minted grandmother to my oldest son's twin daughters) when it was published.  I was no spring chicken when Finding Grace made it to print, that's for sure.

Since becoming a published author, I think of myself as a "Grammy" more than a writer.  Writing is something that I love to do, but it does not define me.  So I've often wondered: am I a real writer?

Not too long ago, however, I saw this meme on the Internet and had a eureka! moment. 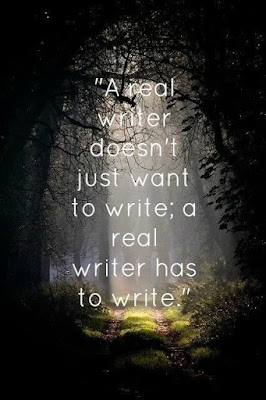 I may not be a financially successful writer.  I may not even be a good writer.  But if the need to write is what makes one a writer, then I have that in spades.  So often, I am suddenly hit with an unstoppable urge to put sentences together to express whatever is on my mind at the moment.  I often just have to write.  So perhaps I am a real writer after all.

Sort of.  Maybe.  I guess.  But first and foremost, I'm Mrs. Pearl/Mom/Grammy.

Hmmm, now that we've got that settled...this book club meeting didn't even involve any book talk today.  So I've got a question for you, readers.  Have you read Finding Grace?  If you did, do you remember the part where Tom Buckley pats Grace Kelly (who is dying of unrequited love for him) on the head and it just about melts her?  Would you like to know the rather surprising inspiration for that scene?  Can you guess what might have inspired it?  Stay tuned: next week, I'll give you the answer.

Before I sign off, don't forget about the giveaway: five free copies of my second novel, Erin's Ring, will find their way into the hands of five lucky winners, to be announced on Nov. 1.  For a chance to win, click on the "It's Giveaway Time" image up there on the sidebar.
Posted by Laura Pearl at 10:09 AM