A Tiny Saint for the Pearl Family 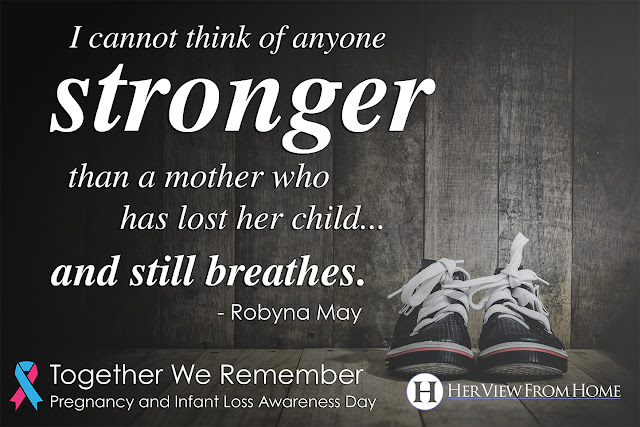 I was scrolling my Instagram feed this morning and saw via a post from one of the Catholic accounts I follow that today, Oct. 15, is Pregnancy and Infant Loss Awareness Day.  This hits really close to home in our family right now, sadly, because in late August our second oldest son and his wife lost the baby she was carrying.  They had gotten past the first trimester mark, and therefore were assuming that all would be okay and looked forward to the February birth of a new sibling for their three young sons.  But tragically, at 16 weeks (which is considered "late" for miscarriage), they found out at a routine OB appointment that the baby no longer had a heartbeat.

This little angel, the youngest of our 17 grandchildren (counting the two currently in utero who--God willing--will be joining us in October and November) was brought forth into the world on the Feast of St. Monica.  The kids decided that if genetic testing determined the baby was a girl, they would name her Monica; and if the baby was a boy, they thought they might name him Augustine, after St. Monica's sainted son.

Our daughter-in-law Ginger's father found a wonderful organization called A Mom's Peace, described as "a lay apostolate for mothers of miscarried and stillborn souls."  This group gifted the grieving parents a miniature handcrafted wooden casket for their baby's tiny body, as well as wee hand-knitted and hand-sewn garments and a blanket to bury him or her in.  Knowing that our daughter-in-law has a nephew battling leukemia, they chose purple--which is often used to symbolize this fight--as the accent color for these precious items. 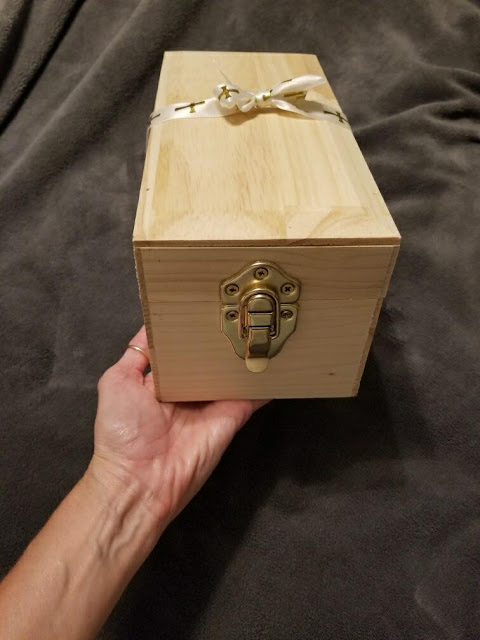 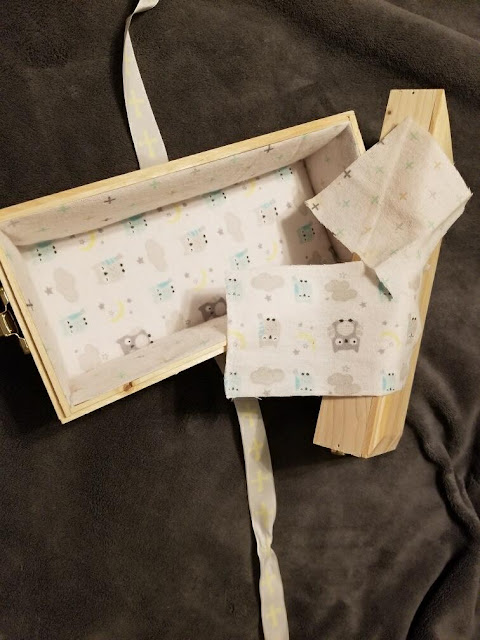 There was a prayer service and burial in a small church graveyard where other tiny preborn and stillborn souls are buried.  One day, there will also be a small headstone for the final resting place of the precious little one we now know was a girl and who has been given the name Monica Mary. 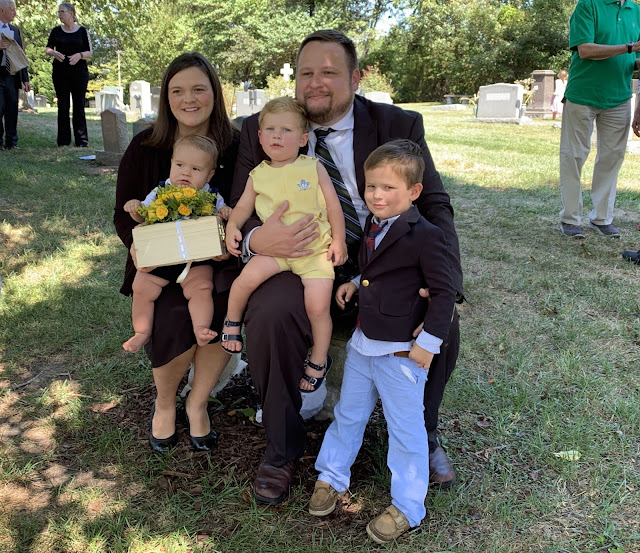 Life is indeed a series of ups and downs, of ecstatic highs and unbearable lows, and never was this more apparent than during this difficult time in our kids' lives.  The burial for this tiny Pearl saint was on Tuesday, Sept. 3, and my husband and I flew back from South Bend, IN (where we had stopped on our way out to MI for our youngest son's wedding on Sept. 7) to attend the burial service.  The next day, we flew back out to South Bend to get our car and drove from there on to MI.  By Friday, we were hosting a rehearsal dinner.  And on Saturday, our fifth-born son was married to a beautiful Catholic girl in a beautiful Catholic church.  That was a week of so many conflicting emotions.

Due to how recent the miscarriage was, and to some health complications Ginger suffered afterward (just days before the wedding), our second-oldest son and his family were not able to make the trip to MI--which everyone completely understood, of course.  We missed them, but obviously there was no other choice they could make.

The wedding day was so joyful (and I do plan to blog about it very soon).  Somehow, I was able to compartmentalize my feelings--something I am rarely able to do--and focus solely on the beaming bride and groom and the celebration of their sacramental union for the duration of the weekend.  But when we got into the car to drive back home to VA after the wedding festivities, the weight of my emotions got the best of me and there were many tears.  Some of them were those happy mama tears, thinking about the sweet lyrics of the song my baby chose for the mother-son dance, and what a good boy he is, and how happy I am that he found his better half; but many of them were sad tears, knowing that another son and his wife were hurting and there was little I could do to help ease their pain.

Never having gone through the experience myself, I asked a friend (who'd also lost a baby to late miscarriage, 30 years ago) what we could do for them. She said the ministry work that A Mother's Peace did to honor the baby's short life was going to help so much, and the fact that sweet little Monica Mary was given a holy and dignified burial would give her parents much comfort in the years ahead.  They will always miss her, she said.  Out of the blue, they will be hit with feelings of crippling sadness.  But time, she assured me, will be a great healer.

I talk to Monica Mary now, especially when I'm worried about her parents.  I believe that in her our family has a powerful intercessor in Heaven.  Genetic testing revealed that the baby was a girl, but it did not reveal any identifiable reason for her untimely death; I can only surmise that God needed and wanted her with Him now, rather than later.  She was just too good to stay here with us in the valley of tears. 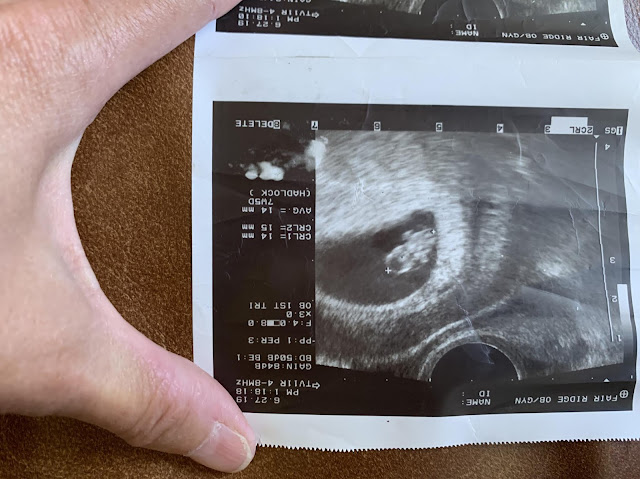 We actually have 19 grandchildren, including those in utero.  Our oldest son and his wife lost two babies to miscarriage some years back, both very early in the first trimester.  They do not know the sex of these babies, but have given them the names Philomena and Augustine.  So we actually have three little Pearl saints and one day hope to meet them all!
Posted by Laura Pearl at 12:47 PM