For Mother's Day this year, my husband went way, way overboard and surprised me with a Kindle Fire HDX.  This was not on my wish list; in fact, if he had asked me about it, I would have said, "No! It'll be a huge waste of money!  I like real books, not eBooks!  I won't know how to use it." (Ya da, ya da, ya da...same sorts of things I said when he insisted on getting me an iPhone--which has since become an extension of my arm, practically.)

Kicking and screaming, per usual, I am being dragged into the 21st century.

But much to my surprise, I find that this old dog can indeed be taught new tricks!  In fact, just to prove that my husband hasn't wasted an exhorbitant amount of money on his thoughtful gift, I'm using my Kindle to blog today.  Whoa, right?

If I can manage blogging on my new gadget, I may be able to leave my much bulkier laptop behind from now on when we travel by air; and as often as we fly hither and yon visiting our kids and grandkids, that would be fantastic. This nifty little gizmo fits in my purse, for goodness sake. And if I can not only read books on it, but also check emails, surf the net, and write and post blogs using it, it's going to be a life-changer for me.

I am turning 57 this summer, and the grays are really starting to multiply.  It's weird, but they don't really show up in pictures yet.  As you can see. 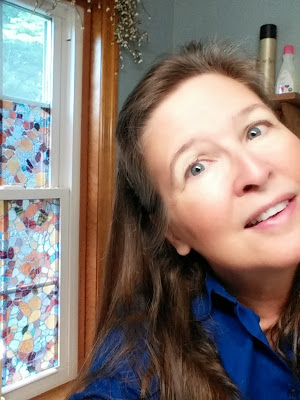 By the by: all the photos for this post were taken with my Kindle camera.  It's not perfect, since it's a one-direction camera set up for taking selfies.  But with some careful finagling, you can turn it around and zero it in on things and get the shot you need.

I tried to get a close-up that would show my grays. 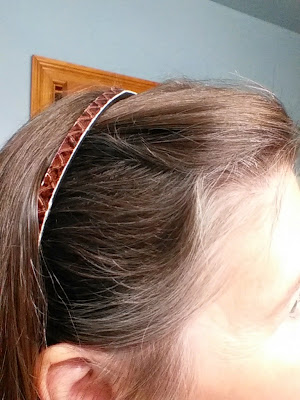 Still not super obvious, are they?  Apparently, the light has to be just right.  Let's give it one more try. 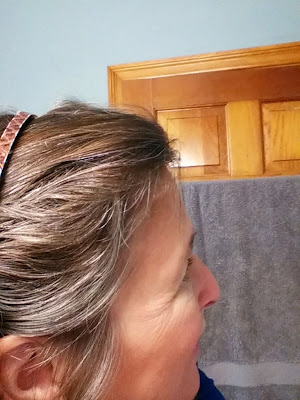 There they are!  The same color as that gray towel in the background.  (And as a bonus, my wrinkles show up nicely here, too!)

I don't think I'm going to color my gray hair...mostly because I can't imagine dealing with the upkeep. I've never even gotten highlights before, and I just don't want to have regular (and expensive) hair appointments to keep at this late stage in the game. 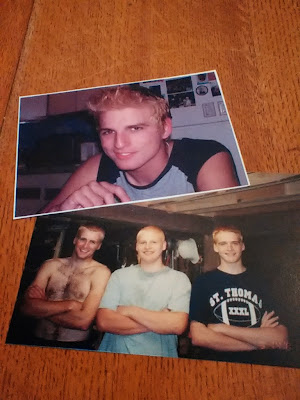 In case you're wondering who the handsome towheads are in the above photos, here's an interesting little tidbit: I've never dyed my hair; but my four oldest sons went bleach blond, along with their teammates, back when they played high school football. My firstborn was pretty blond already; but the others had hair as dark as mine or darker. It was kinda crazy!

Well, all the cool kids might be doing it, but I'm going to resist resorting to the use of hair dye. I'm going to fight the urge to hide my grays.  Maybe I'll just say that I'm going ash blond--that's a real thing, right?

And I am a grammy, after all.

A grammy who knows how to rock a Kindle Fire, that is!


(Speaking of new tricks for old dogs like me: I've noticed lately that many of the blogs I read have gone through numerous design changes, and I've only changed the look of mine once in the four years I've had it.  I've read that a blog should be mostly white, so I thought I'd try simplifying things a bit.  If people don't like it, I could always switch it back to the pink striped background.  What say you?)
Posted by Laura Pearl at 12:53 AM