Farewell to My Baby; Hello to My New Kitchen

At the crack of oh-dark-thirty this morning, our youngest son left to drive out to South Bend, IN, where he will be starting his senior year at Notre Dame.  He will be living off-campus, sharing a house with 7 other Army ROTC cadets; that's right: there will be 8 college boys living in one house.  Oy.  (More on that later, because I'm sure there are going to be horror stories starring dishes piled 4 feet high in sinks and tubs with fur on them...)

Our baby is driving cross-country for the first time in his life (so I have asked his guardian angel to be particularly vigilant today), at the wheel of the 1996 Mercury Grand Marquis that used to belong to my husband's late mother and became ours in 2009 or 2010.  For a '96, that big metal boat is in incredibly good shape, as my sweet mother-in-law was a stereotypical little old lady who only used to drive it to church or to the grocery store.  It has something like 130,000 miles on it--which over the course of 18 years is nothin'.  (We put that many miles on our vehicles in about 6.  We drive our cars pretty much into the ground before we buy new ones.)

None of our other sons ever had a car when they were out at Notre Dame; but there have to be some perks to being the baby of the family, and being the last one stuck at home with dear old mom and dad--right?

Here's a picture of our son's "new" wheels.  As you can see, this is exactly the sort of car any young buck dreams about owning one day.  The maroon color is just a bonus.  He has affectionately named her "Gertrude." 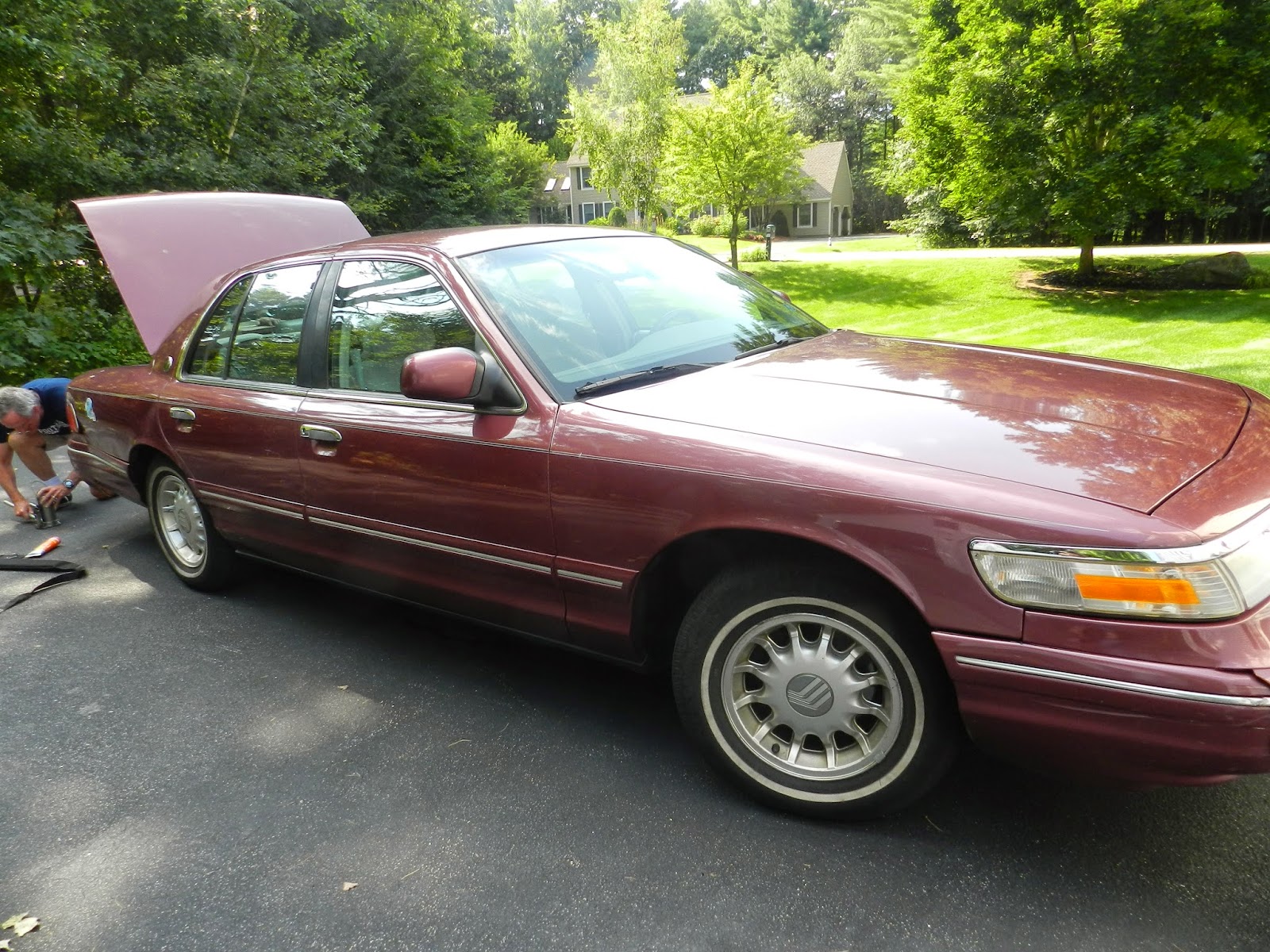 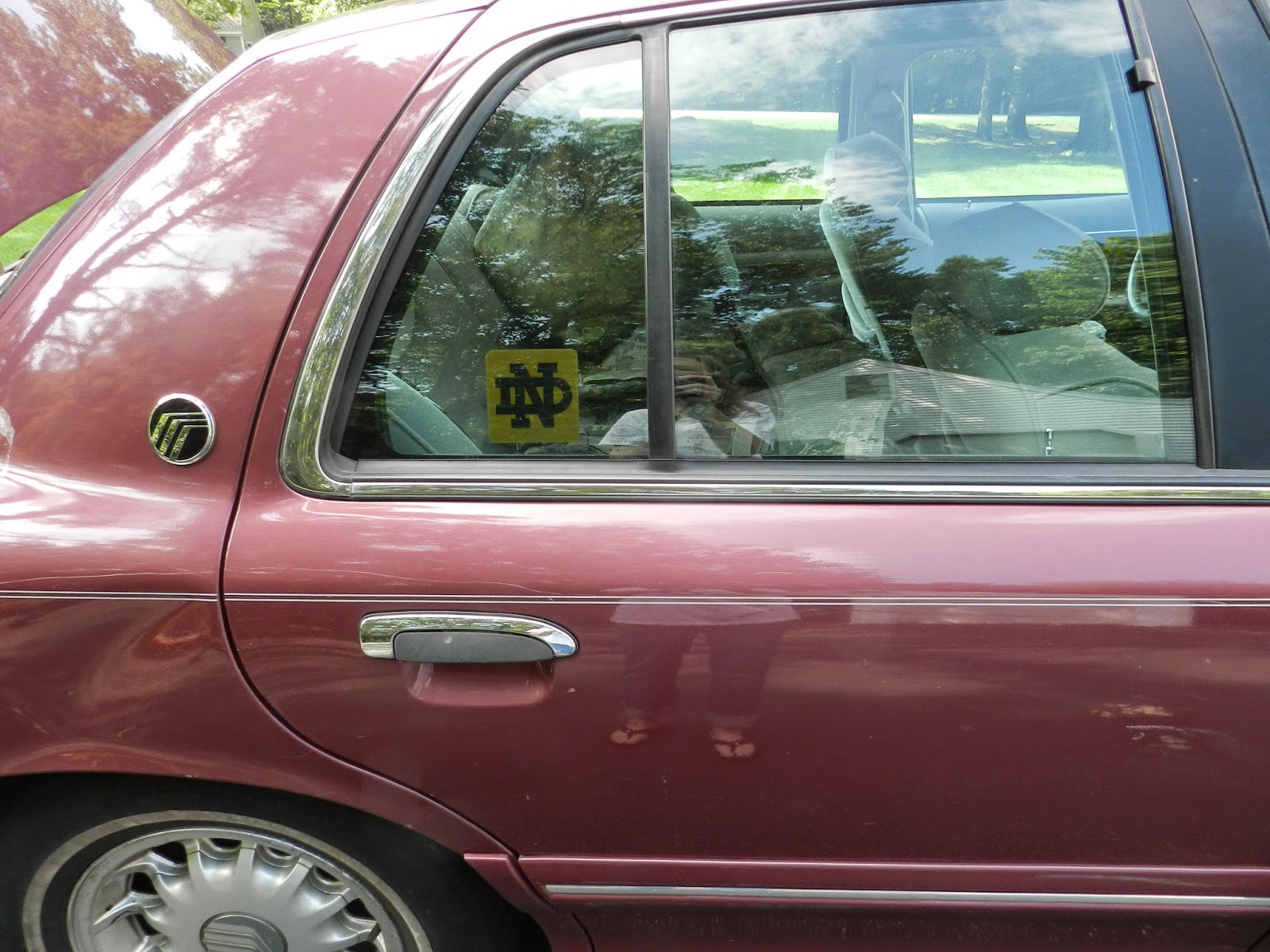 You're carrying some precious cargo today, Gertie.  We're counting on you.

My husband filled up the tank for our boy yesterday.  He also checked to see if Gertrude was due for an oil change (she wasn't), and then when he got home he gave our son a quick tutorial on checking the oil, using the jack to change a tire, etc. 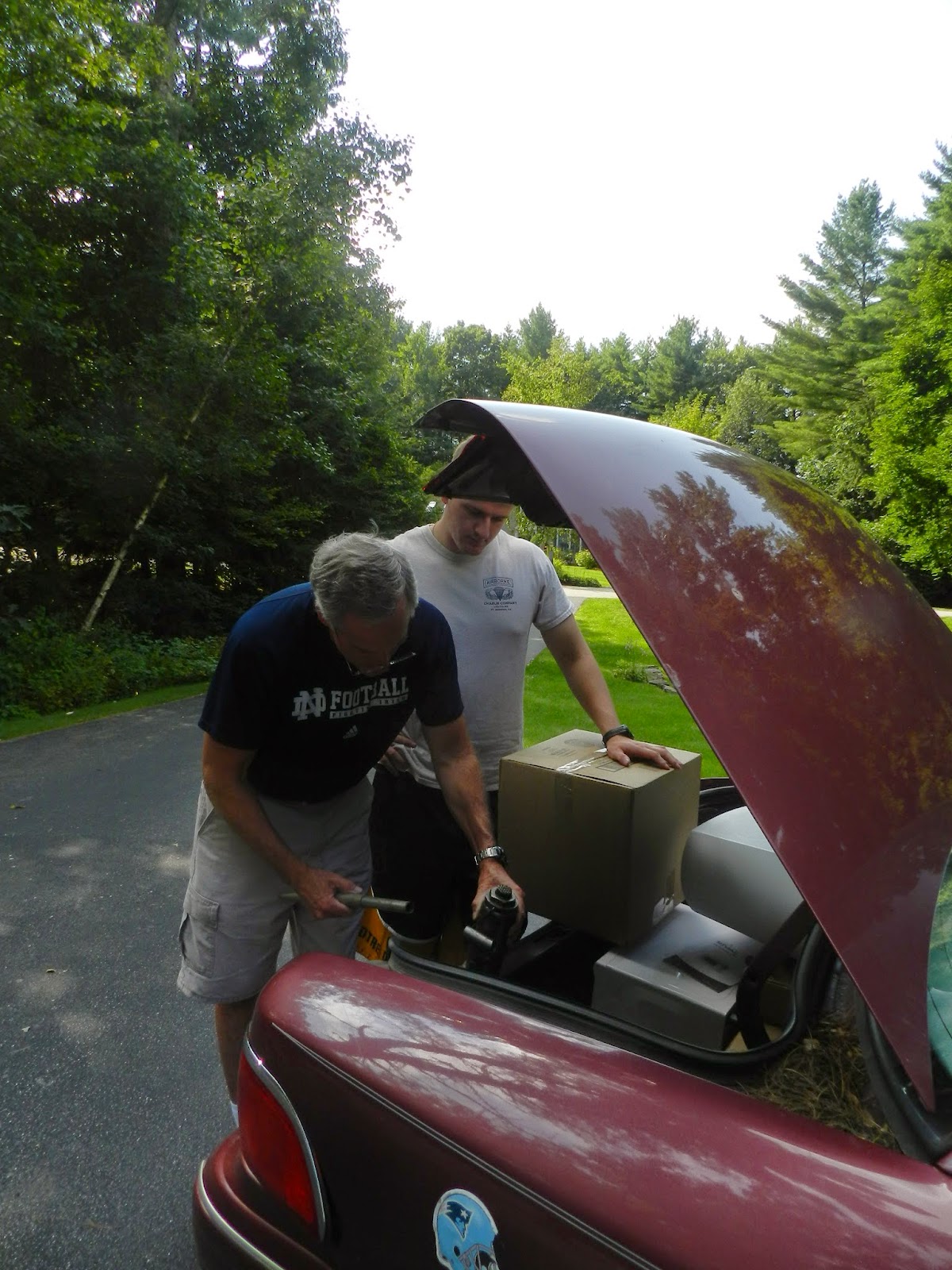 He bought big jugs of antifreeze and washer fluid and loaded them in the car, and he also replaced a windshield wiper that wasn't working too well.  But the cutest thing ever was this: 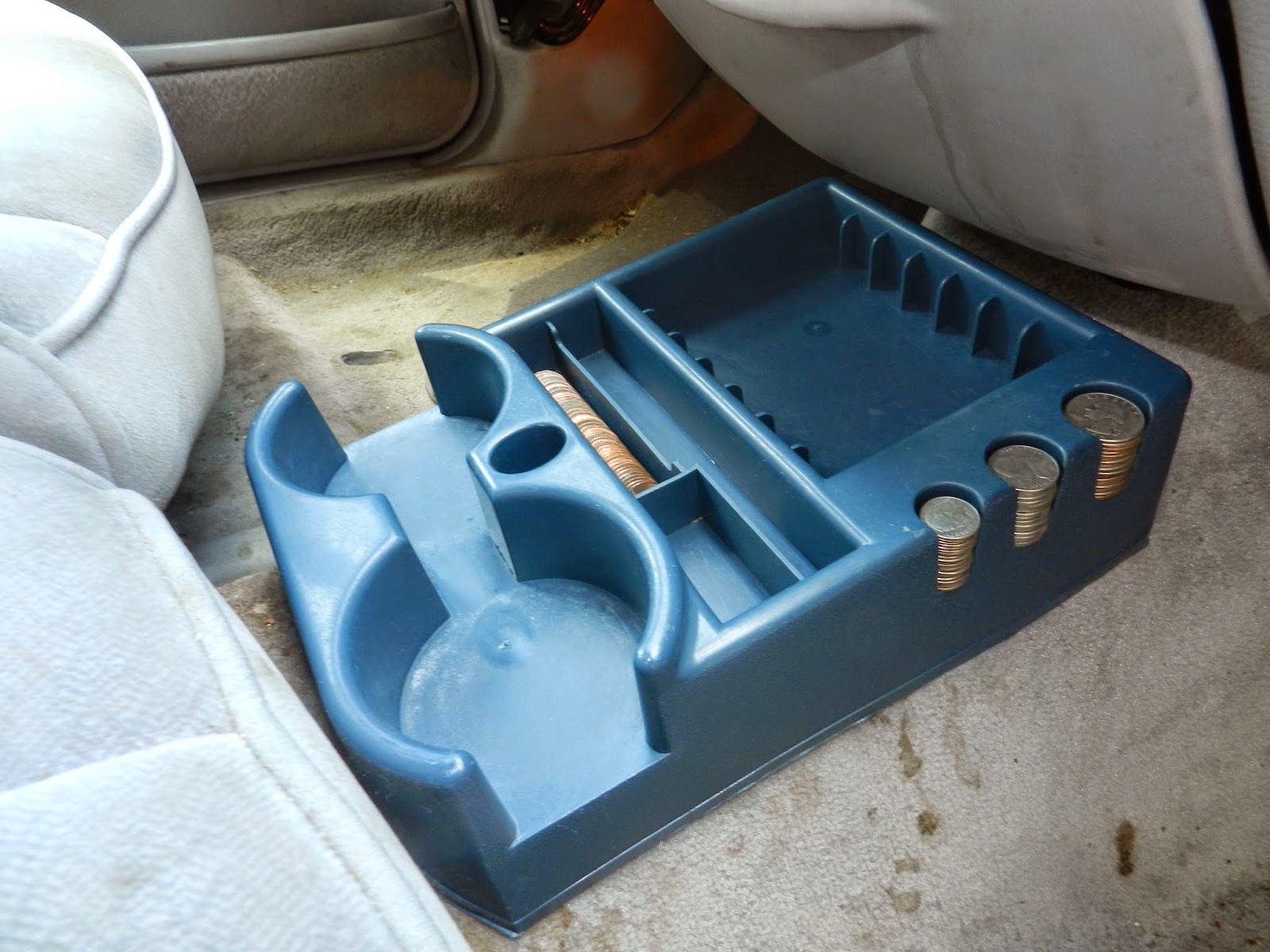 ﻿
Do you see that cup holder sitting on the hump?  It is usually the nastiest-looking thing, filled with Mt. Dew spills, dust, candy wrappers, and sticky stuff you can't even identify.  My guy cleaned away years of built-up gunk, making it look showroom-ready, and then filled up each coin slot.  Earlier, he'd had asked me if I had any spare nickels and dimes, and I didn't know what he was up to.  Turns out he was up to being the best dad ever.  (By the way, please ignore the gross rug stains and focus on the awesome cup holder.  It even has a handy area for storing cassette tapes, which doesn't date it at all!)

We went outside to wave good-bye when son #5 drove off at about 5:00 a.m.  As we stood in the driveway, he backed out; and then before he took off, he rolled down the driver's side window so that he could wave at us "through the trees."  (That was a childhood ritual of his; have I blogged about that before?  Do you want me to explain what it means?  Because that could provide me with a topic for tomorrow, and as you can probably tell from my low output lately, I've had a bit of blogger's block.)

Well, we not only said good-bye to our youngest son today, but we're also saying good-bye to some dated-looking laminate kitchen cabinets that have the 80's written all over them.  They are original to the house, and we've never loved them--but they were sturdy and functional, so we made do for the past 24 years; however, they finally got worn-out enough to warrant an update!  We're having them refaced--all new cabinet doors, new drawers, etc.  I'll be sure to do a post with all the before and after shots.

As is, our kitchen is really not that bad-looking...at a distance. 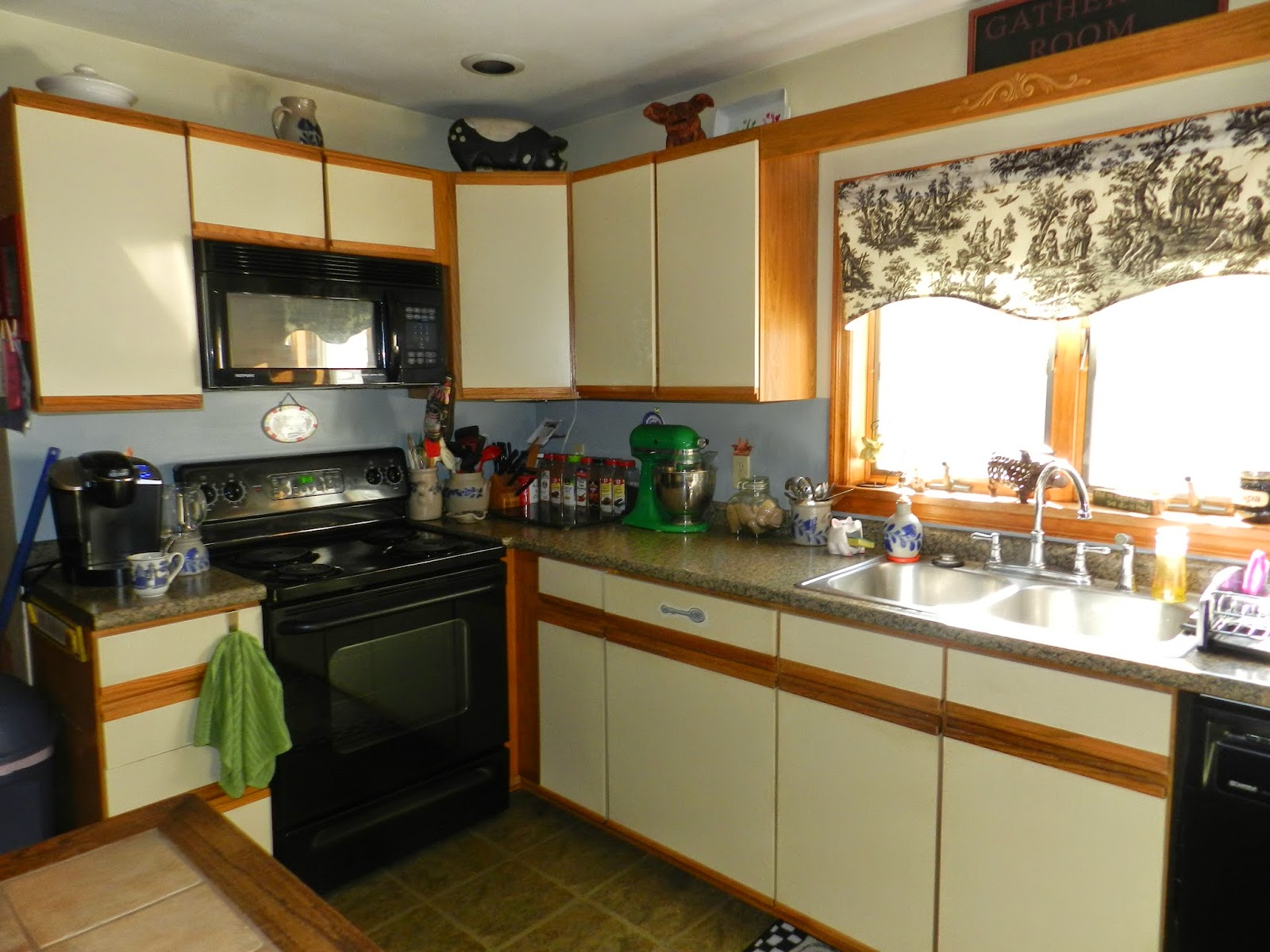 But when you get up close, you notice things like this. 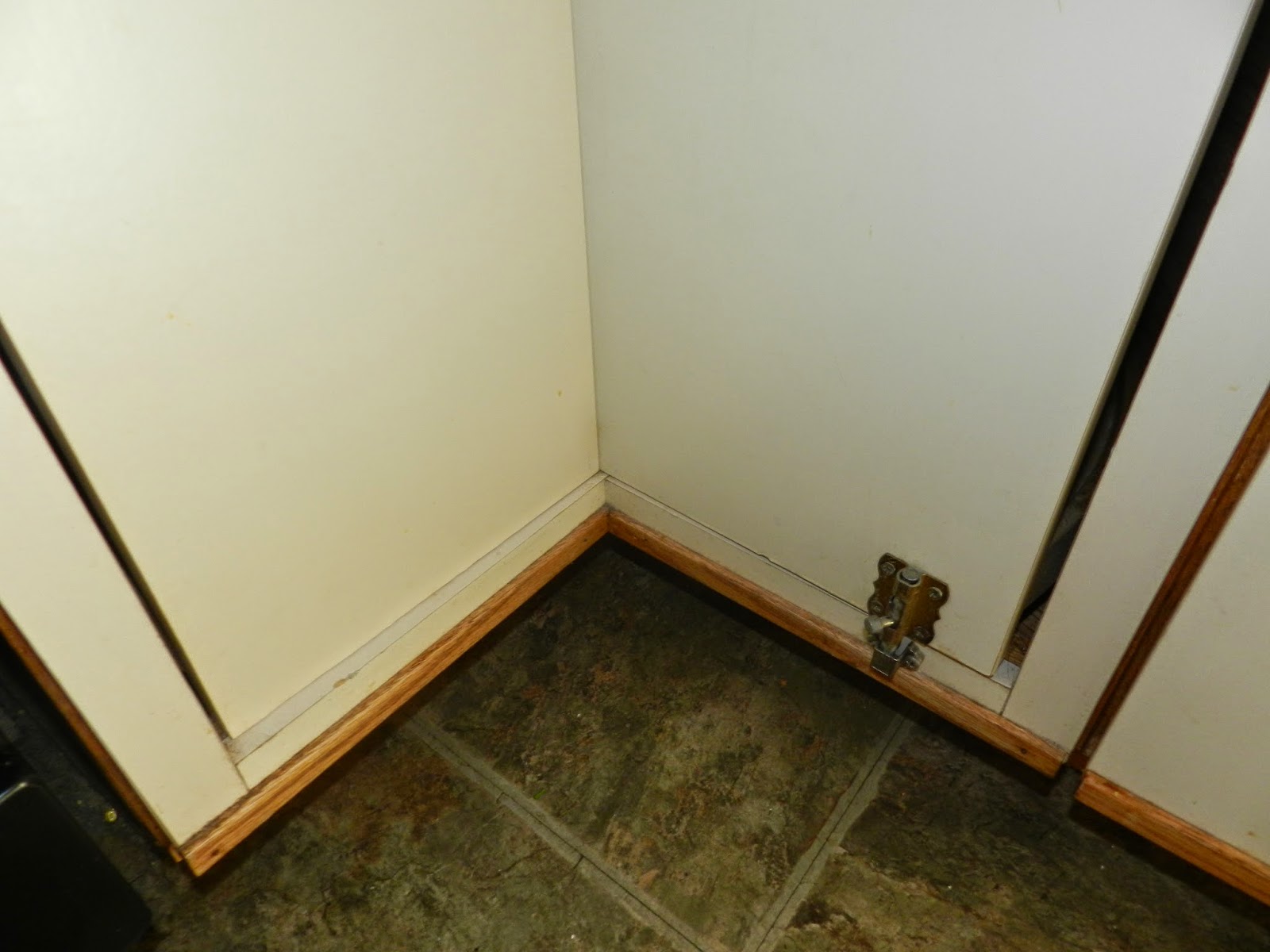 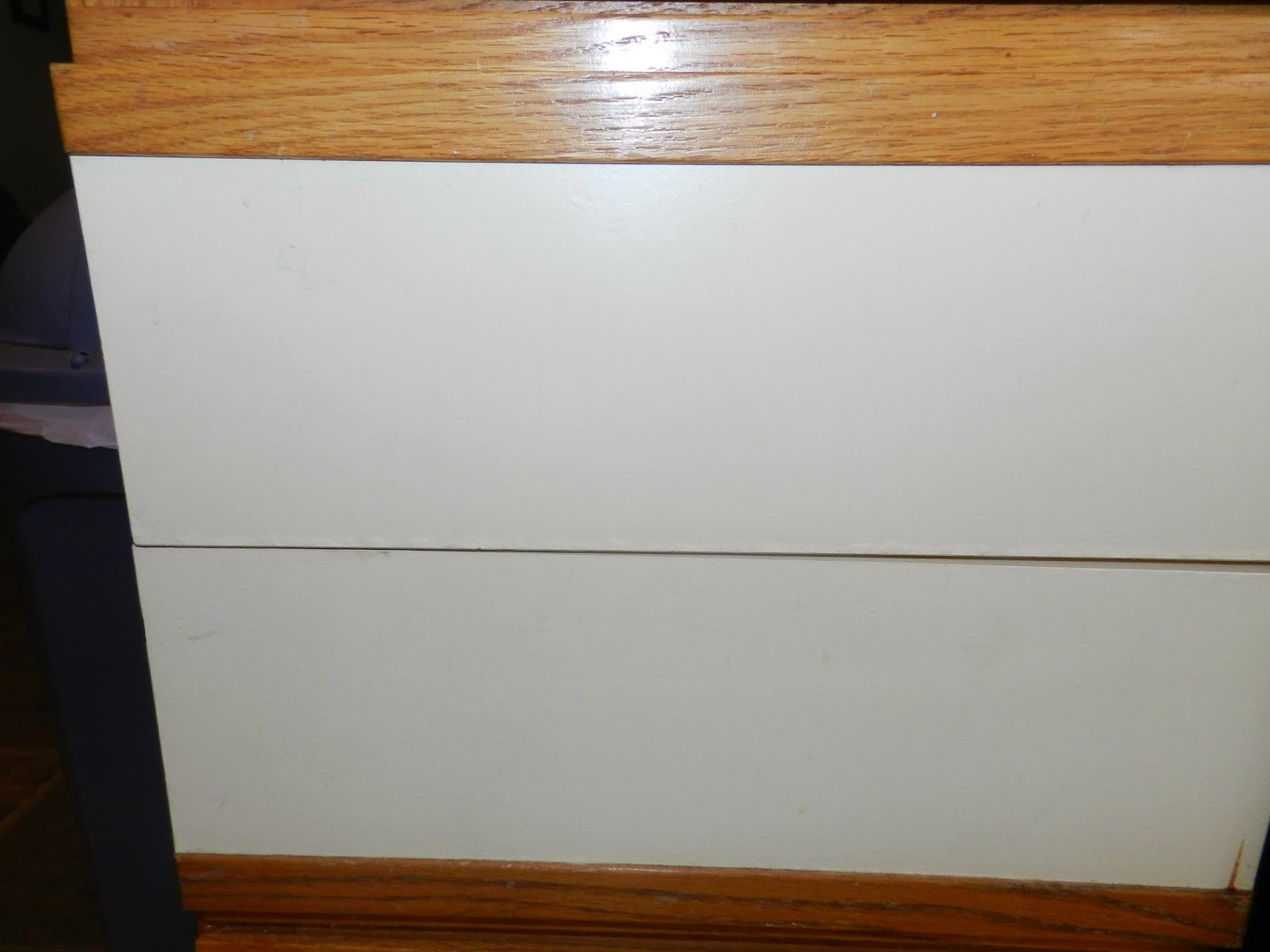 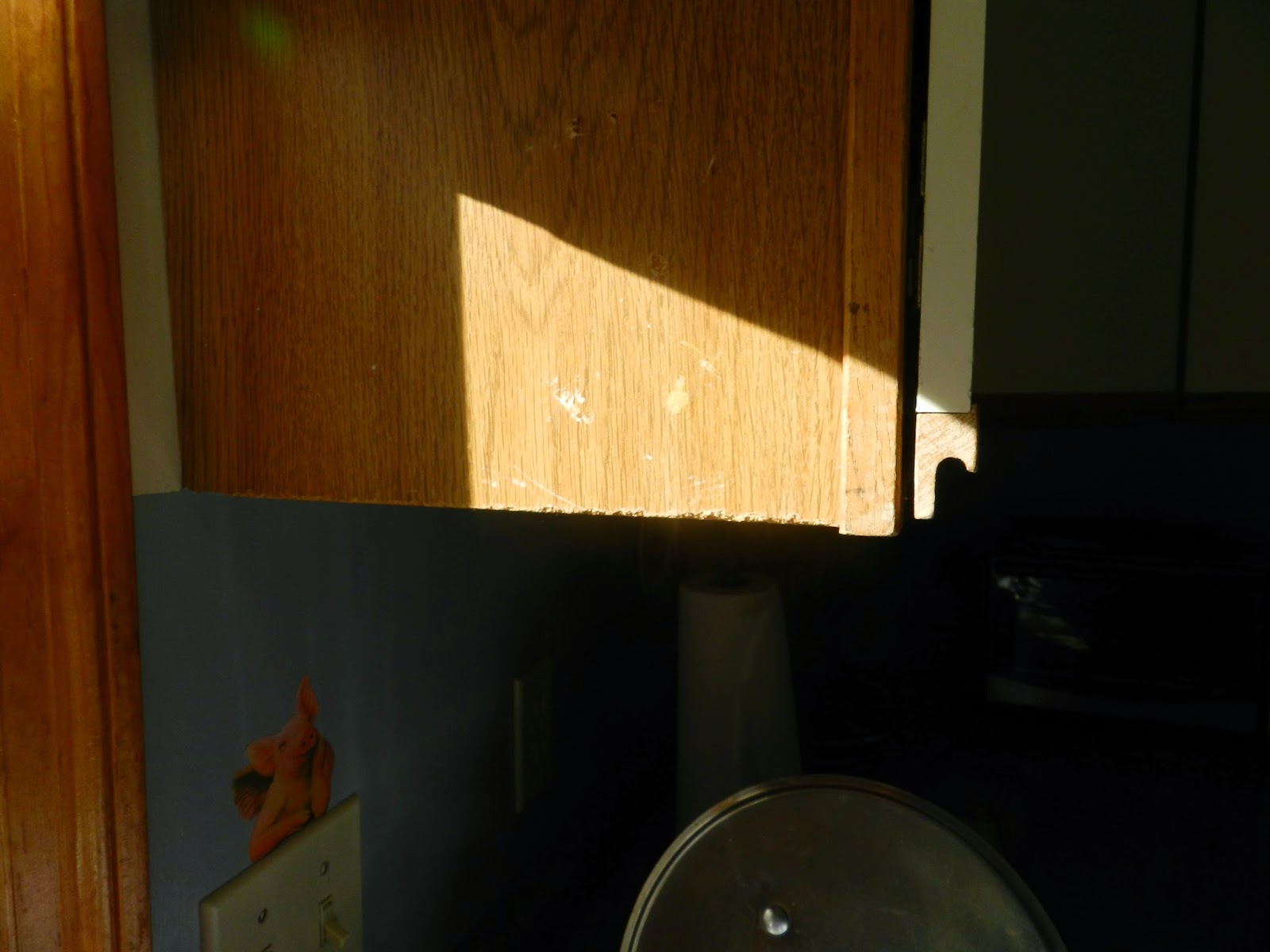 And my personal favorite, this drawer front that was re-attached recently with the help of Velcro, duct tape, and contact paper--and is barely hanging on by a thread. 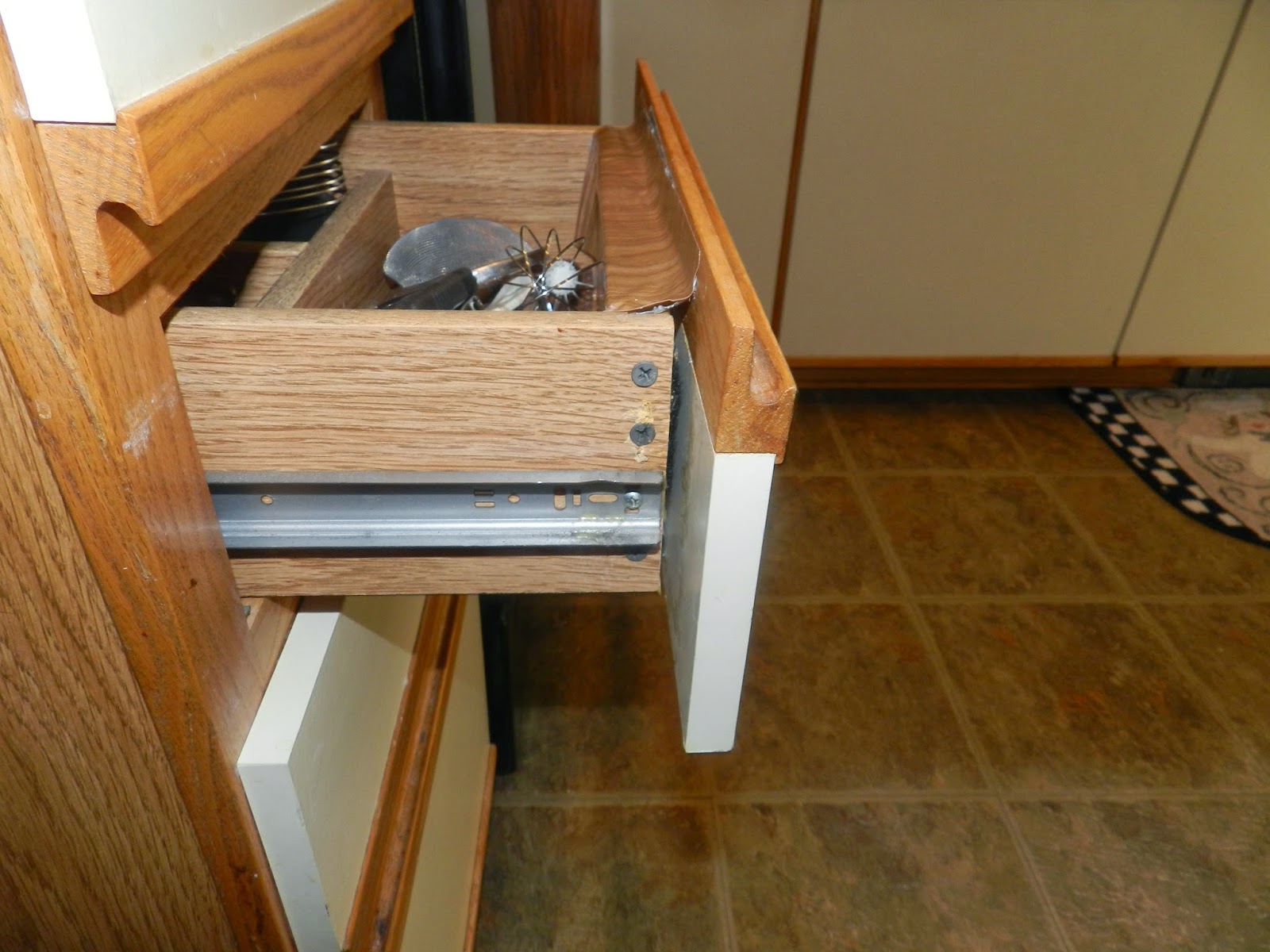 I'm sad today, knowing that after this school year, our youngest child will be a college graduate and our nest will be truly empty.  That's hard for a person who doesn't like change too much.  But I AM looking forward to having a new kitchen.  (There have to be some perks to being an empty-nester--right?)  So maybe change isn't always so bad after all.
Posted by Laura Pearl at 8:25 AM