Men are from Mars, and women...well, you know the rest.

The men v. women debate is one that has always interested me.  I've had a lot of opportunities to try to get into the psyche of the male creature, having been surrounded by nothing but men in my house until the oldest of our five sons got married in 2009 and subsequently gave us our first daughter and then three female grandchildren.

Back in 2011, I blogged about the differences between men and women in a post called "Men Are from Mars, Women Love to Talk."  (It's a mildly amusing post, if you haven't read it before and would like to click on the link and check it out.) 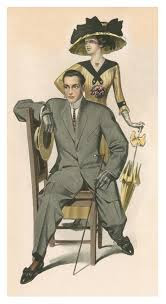 Another super hilarious commentary on the differences between the hairier sex and the fairer sex is the YouTube video sensation called "It's not about the nail."  (OMGoodness, watch it if you haven't yet!  Most couples will instantly see themselves in it!  Ladies, your husbands/boyfriends might even say something like, "I can't even laugh.  It's too raw, too true"--as my sister-in-law's husband proclaimed, tongue-in-cheek, when we watched it at the recent Pearl family reunion).

Men really are from Mars, though, aren't they?  They do not have that uncanny ability we gals have to read the minds of others.  They get confused when we skip around between topics without any hint of a segue; they are usually three topics behind and stop us with, "Wait a minute--how did we get on this subject?"   They can't keep up.  I like to say they are simple creatures (and I say this in a slightly envious way, mind you, not a derogatory way--because the complexity of my over-thinking female brain is not something I always love about being a girl).

Yes, we're different.  It's how God made us, and He did so on purpose.  Men and women are equal in value as human beings, with immortal souls, created in the image and likeness of God; but equal doesn't mean exactly alike.  We don't operate the same way, and that's something we can't or shouldn't try to change--and in fact (dare I say it?) it's something that should be celebrated a lot more than it is in our modern world, where it seems there are forces trying to wipe out the very differences between the sexes that make them so complementary, so necessary to one another's physical, emotional, psychological, and intellectual well-being. 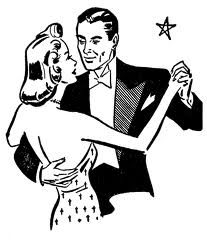 I thought I'd share with you today a list that we have laminated and hanging on the side of the bar in our man cave/sports room.  Ladies, if you can laugh at yourselves, you're going to really enjoy these "Man Rules," written by some insightful anonymous Martian.  (Note that all are equal in importance, and therefore each rule is ranked rule #1.)  I posted a few of these rules in "Men Are from Mars, Women Love Shoes" a long time ago, but here is the list in its entirety.

At last a guy has taken the time to write this all down.  Finally, the guys' side of the story.  We always hear "THE RULES" from the female side.  Now, here are the rules from the male side. These are our rules!  Please note: these are all numbered "1."  ON PURPOSE.

1. Men are NOT mind readers.

1. Learn to work the toilet seat.  You're a big girl.  If it's up, put it down.  We need it up, you need it down.  You don't hear us complaining about you leaving it down.

1. Sunday sports--it's like the full moon or the changing of the tides.  Let it be.

1. Yes and no are perfectly acceptable answers to almost every question.

1. Come to us with a problem ONLY if you want help solving it.  That's what we do.  Sympathy is what your girlfriends are for.

1. Anything we said 6 months ago is inadmissible in an argument.  In fact, all comments become null and void after 7 days.

1. If something we said can be interpreted two ways and one of the ways makes you sad or angry, we meant the OTHER ONE.

1. You can either ask us to do something or tell us how you want it done.  Not both.  If you already know best how to do it,  just do it yourself.

1. Whenever possible, please say whatever you have to say during commercials.

1. Christopher Columbus did NOT need directions and neither do we.

1. ALL men see in only 16 colors, like Windows default settings.  Peach, for example, is a fruit, not a color.  Pumpkin is also a fruit.  We have NO idea what mauve is.

1. If we ask what is wrong and you say "nothing," we will act like nothing's wrong.  We know you are lying, but it is just not worth the hassle.

1. When we have to go somewhere, absolutely anything you wear is fine...REALLY.

1. Don't ask us what we're thinking about unless you are prepared to discuss such topics as baseball or motor sports.

1. You have enough clothes.

1. You have too many shoes.

1. Thank you for reading this.  Yes, I know, I have to sleep on the couch tonight; but did you know men really don't mind that?  It's like camping.

Well, that's all he wrote.  As my granddaughter Cutie Pie would say, "Be end."