...where'd she get those peepers?

Jeepers creepers, where'd she get those eyes?

These are the eyes of one of my two-year-old twin granddaughters, Bonny Babe.  And she got them from the Author of Life, of course.  Because who else could create something so beautiful?

What's even more miraculous than the simple beauty of these "windows of the soul" is that underneath those long dark lashes and behind those sky-blue orbs, there exists a complex system that could never have come about by some random process.  If ever there was an argument for intelligent design, this might be it: 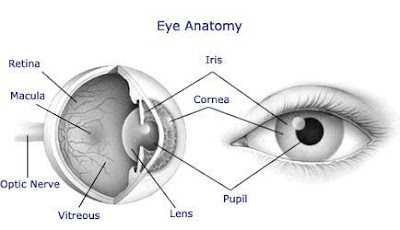 Those baby blues of hers enable her to see the world about her--and maybe most importantly [wink, wink], to recognize her Papa and Grammy when they appear on the computer screen during Skype sessions or come through the front door of her house after a months'-long absence (thank you, God, for the gift of sight!).

There is another pair of eyes in the world that is almost identical to this pair, because Bonny Babe has an identical twin sister, Cutie Pie.  By God's hand, one fertilized egg split and produced two precious human beings; they have an eerie resemblance to one another, but are definitely individuals with their own personalities, likes and dislikes, temperaments, and immortal souls.  They are far from clones.  And while their eyes look similar from the outside, these two little girls see the world through their own unique lenses.

So there it is, pure and simple--some hard proof, if you ask me, of the existence of God: the complex inner workings of the eye, and the miracle of the creation of identical twins.

That's all I've got today, but there's more over at Iris'. 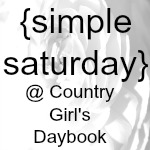