It's the Most Wonderful Time of the Year

I can't believe we're down to a matter of days until Christmas!  With four of my boys (and several of their girlfriends, too) due to arrive between Saturday and Sunday, I've been like Buddy the Elf around here.

I've been baking lots of cookies, cakes, and such.  Chocolate has been involved. 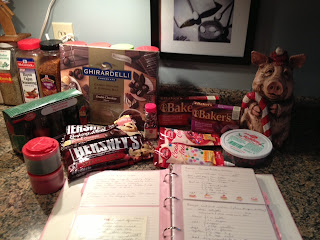 When Buddy listed the four major food groups as "candy, candy corn, candy canes, and syrup," he forgot the most wonderful food group of all.  Chocolate!  But I'll let it go, because I'm sure he realized that it could be considered a member of the candy food group.

I've been getting a guest room ready for the girls, so they'll be as comfy and cozy as possible while they're spending Christmas at our house.  I'm putting them up in what I like to call the "Irish room." 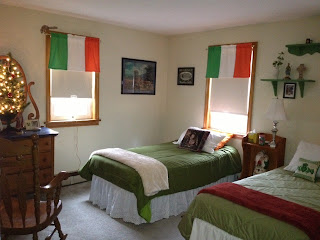 (Back in the days when this space was being used as a bedroom for two of my boys, there was not an Irish theme going on, as far as decorating goes; there was more of a "pigpen" kind of ambiance.)

I've been shopping, too, of course.  For food and libations, and last-minute stocking stuffers...and I even splurged on a new Christmas sweater for myself. A couple of days ago my husband and I had to drive to the nearest Apple store (located at a huge mall an hour from where we live) to get our youngest son's iPhone, which had stopped working just before he came home for his Christmas break, either fixed or replaced.  While my guys were waiting for the appointment to start and happily playing with all the amazing iGadgetry set about to entice shoppers to iBuySomething, I popped next door to H&M.  I'd never been in that store before--we don't have one at our little local mall--but I found the neatest sweater in there.  It looks like it's made out of fur...or snow.  Paired with my red sheath dress, I'll look like Mrs. Claus herself. 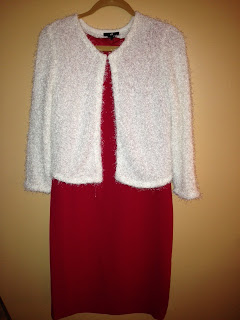 Yes, excitement is in the air around here.  Can you feel it?  It reminds me of Christmas 1985, when son #1 (a seasoned veteran of two Christmases already) was giving his younger brother (who was about to experience his very first one) the low-down on what to expect. 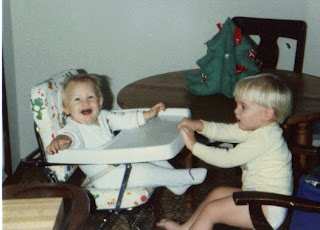 It feels a little weird getting ready to celebrate such a joyous occasion in the wake of the recent national tragedy.  I know that there are families who are going to have a brutal time getting through this holiday season, and I truly feel for them. But it makes me even more anxious to have the most wonderful Christmas possible with my own crew.  None of us know what tomorrow will bring, so we need to embrace the present with every fiber of our being.  And I can't wait to embrace my kids.

Even though the world seems like a dark place right now, this is the most wonderful time of the year; for unto us is born a Savior, Christ the Lord.  And we would be lost without Him.
Posted by Laura Pearl at 8:40 AM