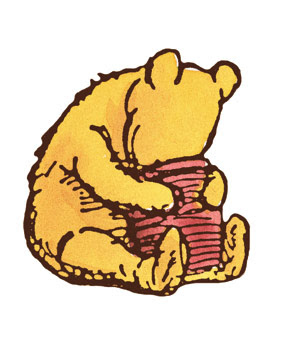 I've been frustrated for the last month or so, because I've got 5 or 6 pounds to lose that just don't seem to be going anywhere. I managed to make it through the deadly holiday stretch from Thanksgiving through Christmas in 2011 without gaining an ounce, and I guess having that success lulled me into a false sense of security. "I work out almost every day," I told myself, "so it looks like now I can occasionally indulge in a Hershey's Bliss milk chocolate square--or 2 or 3 or 8--without gaining weight. How marvelous!" As long as I stayed true to my Turbo Jam work-outs, I reasoned, I didn't have to give up bread and butter and desserts. Whew! That was good to know.

I accompanied my husband to Nice in December and Amsterdam in January, sitting in business class there and back on both trips, and felt confident that I could enjoy the cornucopia of high-calorie gourmet business class offerings without putting on any weight. I was the gal who'd survived the holidays without gaining an ounce, remember? I was bulletproof! "Would you like an enormous, warmed chocolate-chocolate chip cookie?" the flight attendant asked in the middle of the night (and this after a four-course dinner only hours earlier): "Don't mind if I do!" I enthusiastically replied.

Suddenly, though, to my chagrin I found that when I returned from that Amstedam trip, I was 4 pounds heavier. "Well," I thought, "that'll surely fall off now that I'm back home, eating the way I usually do and working out daily." WRONG! I have a question for all of you fellow 50-something women out there: do you find that it's a lot harder to stay slim now than it was even 10 years ago? And if that's so, then it's just biological, right? And really not our fault?

Of course, if I'm being honest, I have to admit that I haven't been as vigilant about watching my diet as I was before the 2011 holiday season. And it's really hard right now, you understand, because I gave up diet sodas for Lent, and they're my go-to non-caloric oral fixation. (And the sun was in my eyes, and I tripped on a rock...and it's not my fault! I had to eat those crackers and cheese!)

I've blogged before about the wisdom of that utterly lovable "silly old bear," Winnie the Pooh ("Wise Words from WTP," Feb. 28, 2012). Well, here's another quote from A. A. Milne's "bear of little brain," with whom I feel a certain bond:

"When you wake up in the morning, Pooh," said Piglet at last, "what's the first thing you say to yourself?"
"What's for breakfast?" said Pooh. "What do you say, Piglet?"
"I say, I wonder what's going to happen exciting today?" said Piglet.
Pooh nodded thoughtfully. "It's the same thing," he said.