Lent, a Season of Hope 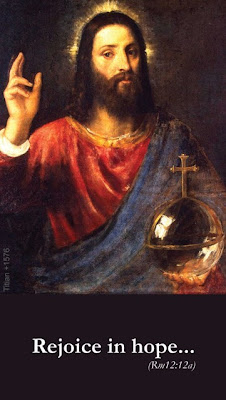 Today is the third Sunday of Lent.

The term Lent comes from the old Anglo-Saxon word for springtime, lencten--meaning the lengthening of daylight hours as winter draws to a close and spring begins. Although this word was originally used simply to denote the spring season, it has long been translated as a name for the forty days of fasting and preparation leading up to Easter.

Lent is a time for fasting and prayer; for abstinence and sacrifice; for soul-searching and Reconciliation. It is certainly a time of healing and hope: just as the earth is transformed from winter into spring (with its promise of new life) during the Lenten season, we can also look forward in hope to Easter Sunday and its promise of new life in the Risen Christ.

I've almost succumbed a couple of times--as weak as I am-- to temptation; I've almost given in to the urge to break my Lenten pledge. Those frosty bottles of Diet Pepsi and Diet Coke (strategically placed for impulse buying, in little glass-fronted refrigerators near the check-out areas in just about every store I frequent), sing to me with a siren's song. I'm embarrassed to admit how hard it is for me to walk away from those soda cases empty-handed. It's such a small sacrifice to make; you'd think that it would be a snap to do, in light of what Jesus did for me when He died on the Cross. But such is the human condition, unfortunately.

I'm glad for Lent, and the sacrifices that go with it; without them, I might take the joy of Easter for granted. And because of Easter, there's always hope--even for someone who needs as much work as I do!
Posted by Laura Pearl at 8:29 AM