This link-up hosted by Carolyn Astfalk always gets my blogging juices flowing once again.  Because who doesn't like to talk about books?!?!  (Don't answer that!  You know you do...) 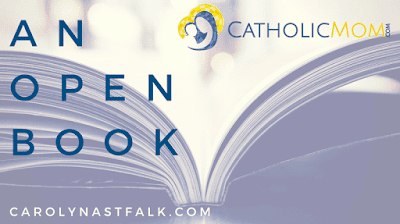 I did a good bit more reading this past summer than I had been doing in recent years (sometimes while drifting on the peaceful waters of Lake Champlain, lounging on the pontoon boat with my husband--which has got to be the epitome of decadence!), and it felt GOOD!  I always had at least one book going, and sometimes two or three. (But always only one fiction title at any given time...I just can't immerse myself in two separate worlds and make friends with two casts of characters simultaneously.)


`1`
First up is Hazel Gaynor's The Lighthouse Keeper's Daughter, and I cannot recommend this engrossing and satisfying novel highly enough.  (I am a sucker for well-written historical fiction, and I will definitely be in search of other titles by Gaynor after reading this wonderful book.) 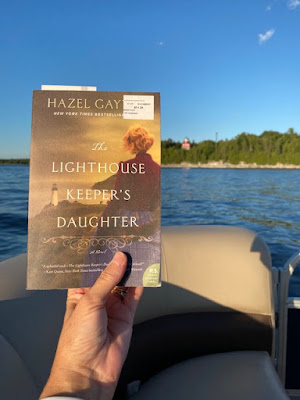 Gaynor's absorbing tale goes back and forth between 1838 and 1938 and seamlessly intertwines the lives of Grace Darling, a real life 19th-century English lighthouse keeper's daughter known as "the Heroine of Farne Isles," who became famous for risking her life in a horrific storm to help rescue some survivors of a deadly shipwreck, and the fictional Matilda Emmerson, a 20th-century Irish girl whose out-of-wedlock pregnancy lands her in Maine.  Matilda becomes  the ward of a distant relative--and lighthouse keeper--named Harriet Flaherty, whose curmudgeonly demeanor hints at a tragic past.

This absorbing story, a page-turner of a book, delves into and connects the lives of Grace, Matilda, and Harriet--with some surprising twists along the way.  There are a couple of sweet romantic storylines, but all is chaste and lovely--you will not find yourself blushing in the least.  Although I don't believe this novel is marketed as Catholic fiction per se, it showcases so many virtues that line up with the teachings of our Faith, including courage, humility, self-sacrifice, forgiveness, and most of all, love.  The pro-life cause is even highlighted, as young Matilda's maternal instincts develop and she becomes increasingly attached to the new life growing in her womb.  At one point she says that at first, she wanted nothing to do with the child; but when asked if she now feels differently, "I nod, almost ashamed to admit to the emotional connection I've felt to the child recently."

The Lighthouse Keeper's Daughter has everything I love in a novel: historical events told through the medium of fiction; fully fleshed-out characters whom I connected with and loved; a heart-breaking love story; loss and suffering followed by redemption and peace; and throughout, evidence of the deep faith of the characters involved, who routinely cross themselves and say a prayer. The women speak to us in the first person, and Grace Darling talks about picking up her Bible and kneeling by the side of her bed to pray; Matilda even mentions what she was thinking about one day "as I walked to Mass," slipping that detail into her narrative as simply as can be.  How refreshing it is to have Catholicism portrayed as a part of a character's identity in a work of modern fiction, without a lot of fanfare, without disparagement or judgment. (As if all of these elements aren't enough to make me a fan, there's an added bonus: an heirloom locket--once owned by a survivor of the 1838 shipwreck, now worn by Matilda--that has been passed down through generations of women and has an intriguing story of its own to tell!)  This book is just so, so good!

`2`
Next up, The Room on Rue Amelie, by gifted wordsmith Kristin Harmel. 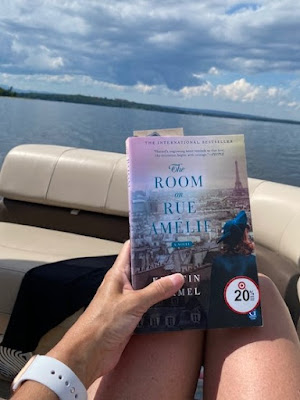 Last month on the link-up, I had high praise for Harmel's The Winemaker's Wife.  It was the first book I'd read by this author and I loved her writing style so much that I immediately went in search of some of her other titles. Let me tell you, this well-researched and beautifully executed historical novel definitely did not disappoint.  In fact, I liked it even more than The Winemaker's Wife, which had a few more-detailed-than-I-prefer intimate scenes in it.

A fan of WWII historical fiction, I've read a number of novels about women in the French Resistance, so you would think that I wouldn't find anything new to hold my interest here, but nothing could be further from the truth!  The Room on Rue Amelie follows the life of a young American named Ruby Henderson who falls in love with a Frenchman, marries him, and moves to Paris in 1939.  She has a young neighbor named Charlotte whose family is Jewish, and a husband who is becoming increasingly distant and secretive.   Eventually, she will become involved in fighting the Nazi occupation by helping to smuggle downed Allied airmen out of France.  The courage and self-sacrifice displayed by the characters in this extraordinary novel (based on real heroes and heroines of WWII about which I knew nothing before) is so inspiring, and the edge-of-your-seat drama makes for a real page-turner.

As far as being Catholic-friendly, 100 percent, yes!  At one point, an English aviator who is writing a letter to the parents of a pilot friend who was shot down and killed  "found himself on his knees, praying for his friend's soul, for his own mother's soul, for an end to the fighting, and for the strength to play a role in bringing this war to an end."  Again, there is a beautiful pro-life message in this book, with a pregnant mother managing to survive months of suffering at Auschwitz, to escape against all odds, and to bring her baby into the world safely.  There's also a touching but heart-breaking love story--two of them, actually--and I won't tell you how it all ends, because I want you to read this book!

What is it about WWII historical fiction that draws me like a moth to a flame?  It is always equal parts soul-crushing and uplifting.  Having never had to live through times such as those, I think I like to read about people who had almost such super-human courage in the face of the most indescribably awful circumstances, hoping that being similarly faced one day, their stories will inspire me.

Even though novels set in that era make up a big percentage of my home library, I do sometimes read novels set in modern times as well.  Really, I do!  And I'll prove it with the next title on today's list.


`3`
I just finished Closure, a debut novel by a talented young author named Lindsey Todd.  (This is a New Adult contemporary romance, aimed at readers 16 and up.) 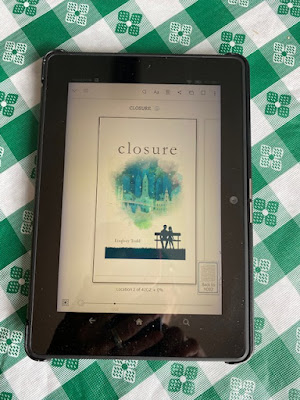 I saw this book recommended by an author I follow on Instagram, so I went to Amazon to check it out.  When I realized that it was a love story about two young Catholics who started dating at 15, I knew I had to read it.  My husband and I--now in our 40th year of marriage--started dating at that same age, and there were aspects of the first few sample chapters of the book that I read before purchasing my Kindle copy that reminded me in ways of our early relationship.  Once I got further along in the book, however, it no longer resembled my own life experiences at all.  Morgan and Wade, friends who become much more, eventually embark on a physical relationship before marriage (whereas my husband and I agreed, thank God, to wait); and when one of them wants to stop having pre-marital sex after years of regularly confessing the same sin, and the other one doesn't want to stop...well, there are problems. One becomes more devout as the years go on and wants to live by the teachings of the Catholic Faith; one has been going through the motions all along and really doesn't believe any of it; and like I said...with differences like that, there are problems.

This book is well-written and kept me turning the pages. I don't want to give too much away--but I was really hoping that the one whose Faith was weak would have a reversion so that the two of them could get married and live happily ever after.  Is that what happened?  Well, I'm not going to tell you, in case you decide to read this book.

Like the other two novels I talked about today, Closure deals with themes of Faith, suffering, courage, self-sacrifice, and love (both true, self-giving love and false, selfish love); and by the end, the reader learns what this author believes TRUE love really looks like. There are a number of scenes of physical intimacy, although they are not salaciously written, and given the strong pro-chastity message of the story, I don't consider them gratuitous.  I'm sure many young people who are madly in love think that no one can understand the physical attraction and desire for intimacy they feel, because no one has ever loved anyone like they do. Well, Morgan and Wade certainly understand those type of feelings; and that makes the decision by one of them to stop what they're doing (even if it means losing the "love of their life") even more courageous--and hopefully, makes this story just the inspiration an older teen reader might need to fight similar temptations.  Todd's book is a testament to the fact that living a chaste life can be hard, but it is not impossible!  And nothing is impossible with God.

There aren't really any other characters who get fully fleshed-out, other than the two main players. And maybe the ending was a little anti-climactic.  But even so, this is a compelling tale.

Phew!  If you're still here after this blog post-turned-novel, congratulations!  And if you want any more book recs, just click on over to Carolyn's blog!