An Open Book: Modern Fiction Can Leave Me Sort of...Meh

I recently finished a novel that I had been dying to read for quite some time, Kate Alcott's The Daring Ladies of Lowell. 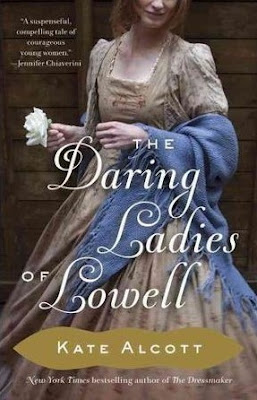 Here's a Booklist blurb about it:

Alcott (The Dressmaker, 2012) chooses another working-class girl as the heroine of her second historical novel. To Alice Barrow, a job at a textile mill in 1832 Lowell, Massachusetts, represents both an escape from her rural roots and a chance to forge an independent future. Although the hours are long and the work arduous, she enjoys the companionship of the mill girls and the opportunity to take advantage of the intellectual subculture of Lowell, including the mill’s literary magazine and lectures at the Lyceum. Alice’s common sense and intelligence attract the attention of Samuel Fiske, the mill owner’s son, who invites her to act as an emissary for her coworkers at a meeting with his family. However, when Alice’s best friend is found hanged, her burgeoning relationship with Samuel is threatened as his family withholds crucial evidence during the investigation. Set against an authentically detailed mill-town backdrop, this novel interweaves the ­industrial ­revolution, feminism, and workers’ rights into an engrossing narrative with a love story at its core. --Margaret Flanagan 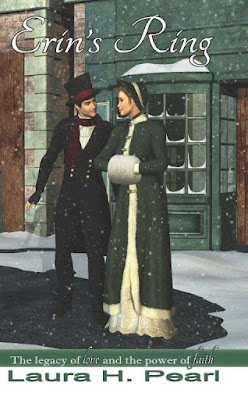 When I was writing that book (and also during the years I spent writing my first novel, Finding Grace), I rarely read the fiction works of others, fearing that it would cause me to lose my focus/lose my confidence through unhealthy comparisons/worry that readers would think I'd hijacked the ideas of other authors, if there were any similarities (no matter how slight).  I was especially afraid to read this novel of Alcott's, since Erin's Ring tells a similar story about New England mill girls in the early 1800's.  In fact, my Irish mill girls in Dover, NH participate in a workplace strike in 1828; that "turnout" really happened, and it was the first time women had ever done anything like it in the US.  The Cocheco mill strike in Dover actually preceded the Lowell, MA strike that is showcased in Alcott's novel by four years (although the Lowell strike is much more famous and well-documented).

Anyhoo--long story short, the similarities in content made me afraid to delve into The Daring Ladies of Lowell until I was far removed from Erin's Ring.  But recently, I finally downloaded it onto my Kindle and read it.  And although it is a fairly interesting story, and there's really nothing to complain about as far as the author's command of the English language, it just left me sort of...meh [imagine a slight shoulder shrug here].  It didn't grab me.  The characters were somewhat likable, but never seemed real enough to me to make me care about them deeply.  I didn't find myself thinking about this story long after I had finished it, the way I often do when I turn the last page of a book that's so good I can hardly bear to see it end.

I always know a best-loved book when I'm sure that I will re-read it again sometime in the future, just for the sheer joy that the author's words have given me--it doesn't matter if I know what's going to happen and how the story will end, not if the book is just that good.  And in this humble reader's opinion, this one just isn't.

One beef I had with this book is that most (not all, but most) of the mill girls seem to be against religion, which I find to be sort of unbelievable for that time in history.  (For this time in history, sure.  I mean, show me a novel set in the present that has characters who are Catholic and not portrayed as priest pedophiles or thoroughly unlikable holier-than-thou types, and I'll show you...a book that might be better than 99% of what's being put out by the big publishing houses, but will probably never get seen by the readers who might be both entertained and edified by it.)  I was also sort of annoyed by the fact that the suspected murderer of one of the Lowell mill girls was a tent revivalist preacher, because I thought it played into the whole stereotype of "people who appear to be very holy Christians are really the worst people around."  But then I remembered that the details of the murder investigation had actually come from a real-life case, and even the name of the preacher who was accused of killing the girl he'd gotten in the "family way" was historically accurate.  So I simmered down about that and tried to focus on the good aspects of the story.

And there are definitely some very positive things about The Daring Ladies of Lowell.  I am grateful that there are no inappropriate scenes of passion and intimacy.  The would-be lovers, Samuel (the rich son of the mill owner) and Alice (the feisty mill girl from the other side of the tracks) never engage in anything more risqué than a hug or a kiss.  For that, at least, I admire Alcott.  It must be difficult to become a commercially successful author nowadays without bowing to the gods of secular humanism.  So much of modern fiction seems intent on titillating and shocking readers, but this is actually a rather sweet and chaste romantic tale. Also, the mystery involving the murder of Lovey, Alice's dear friend, is fast-paced and does keep you guessing. That being said, I'm not exactly sure why this book left me sort of unaffected.  But it did.

However, if you're a fan of historical novels, you could certainly do a lot worse than this well-researched bestseller.  That doesn't sound like a ringing endorsement, does it?   But I would be lying if I said this was one of my favorite books of all time.  Maybe it's that the whole Kindle experience doesn't stack up to holding a book in my hands and turning its pages.  If I ever read the paperback version of this novel and have a different assessment, I'll let you know.

Right now, I am reading a paperback copy of a debut novel by Iona Grey, called Letters to the Lost. 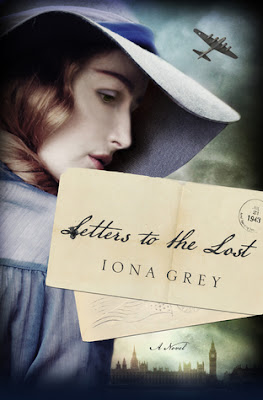 Oh my word, that cover!  If a book could be judged solely by its cover, this one would be a home-run hit.  I just adore this image.  It screams, "Vintage style!"  "WWII-era!"  "Hand-written love letters, between star-crossed lovers!"  All things that I am drawn to like a moth to a flame.

Here's the delicious-sounding synopsis from Amazon:

An accomplished novel from a talented writer, Letters to the Lost is a stunning, emotional love story. Iona Grey's prose is warm, evocative, and immediately engaging; her characters become so real you can't bear to let them go.

I promised to love you forever, in a time when I didn't know if I'd live to see the start of another week. Now it looks like forever is finally running out. I never stopped loving you. I tried, for the sake of my own sanity, but I never even got close, and I never stopped hoping either.

Late on a frozen February evening, a young woman is running through the streets of London. Having fled from her abusive boyfriend and with nowhere to go, Jess stumbles onto a forgotten lane where a small, clearly unlived in old house offers her best chance of shelter for the night. The next morning, a mysterious letter arrives and when she can't help but open it, she finds herself drawn inexorably into the story of two lovers from another time.

In London 1942, Stella meets Dan, a US airman, quite by accident, but there is no denying the impossible, unstoppable attraction that draws them together. Dan is a B-17 pilot flying his bomber into Europe from a British airbase; his odds of survival are one in five. In the midst of such uncertainty, the one thing they hold onto is the letters they write to each other. Fate is unkind and they are separated by decades and continents. In the present, Jess becomes determined to find out what happened to them. Her hope—inspired by a love so powerful it spans a lifetime—will lead her to find a startling redemption in her own life in this powerfully moving novel.

I'm not far enough into this book yet to endorse it; for all I know, it will disappoint me or just leave me feeling meh once again.  But some of the passages I've read thus far are making me fall in love with Grey's prose.  When the new mother-in-law who disapproves of her gives Stella a compliment that is not really a compliment at all, "Stella remembered the roses in Lillian's garden in Dorking, which were as stiff and immaculate as she was, and realized the compliment was as barbed as their stems."  To me, that's just beautiful.  I wish I could write like that.

I'll let you know next time if the story lives up to its promise, if its message turns out to be as beautiful as that metaphor.  But for now, you can head on over to the June An Open Book link-up to see if there are any not-so-meh titles you might want to check out! 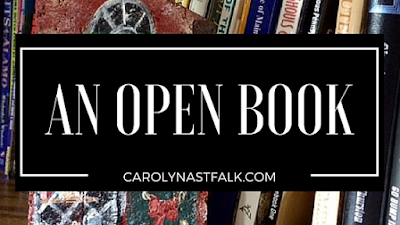